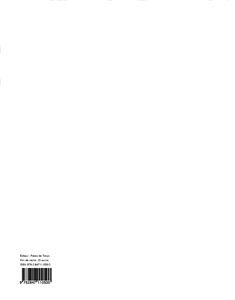 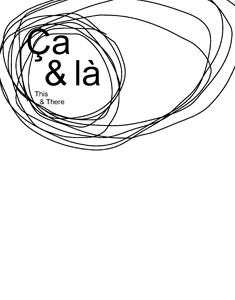 order
wishlist
Catalog published to accompany the exhibition “This & There” at the Fondation d'Entreprise Ricard and beyond, celebrating the tenth anniversary of the Pavillon Neuflize OBC, the Palais de Tokyo's research lab. A project curated by and a book edited by Claude Closky.
“I was invited to create an exhibition on the occasion of the Pavillon's tenth anniversary by its creators and leaders, Ange Leccia and Christian Merlhiot, as well as by Collette Barbier and the Fondation d'Entreprise Ricard, who hosts the exhibition. Along with the exhibition at the Foundation space, I have proposed to the participants to show a work, to make an intervention, in the space and media of their choosing, such that this space would become an integral part of their work. The intent is to create situations that at the same time question and prompt connections between the works and the space they occupy. Concretely, these works will the visible in public spaces (museums, streets, subway stops), private spaces (stores, cafes, homes), and virtual spaces (websites, blogs).
The publication is released on May 21, 2012, the last day of the exhibition. It presents each piece and the manifestation principle in a very simple way, by using the binary structure of the book: on one side of the page, a photograph of the space taken before the intervention; on the other side a photograph taken afterwards. As part of the ‘bigger picture,' photographs of the contexts in which the works are presented are full page, edge-to-edge, bleed-out reproductions. As a point of view within this context, visual documentation of the works presented are reproduced in smaller format, framed by the white margins of the page.
Only in-situ photographs with their captions are reproduced. There are no texts to summarize the projects. To maintain a visual consistency, indispensable to understanding the diversity of the pieces involved in the exhibition, I have sought to take the photographs myself. In a sense, these images are my introductions as a curator to the works in the show.” —Claude Closky 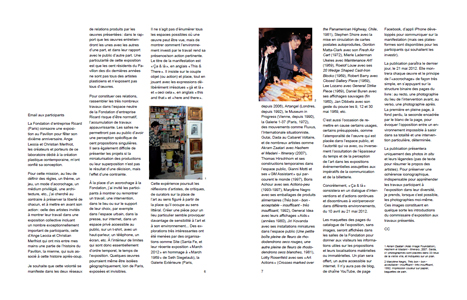 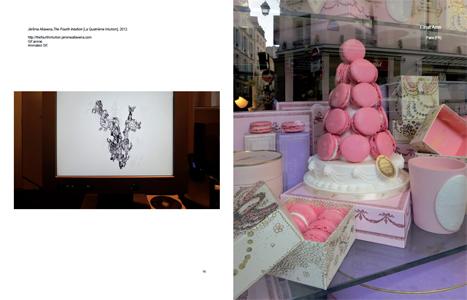 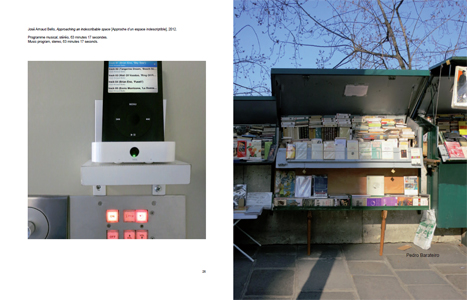 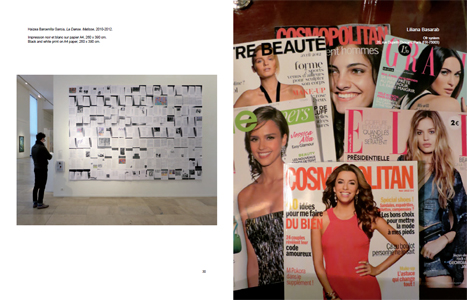 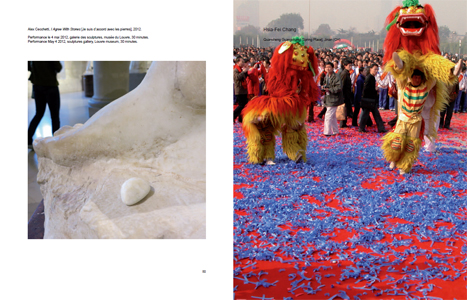 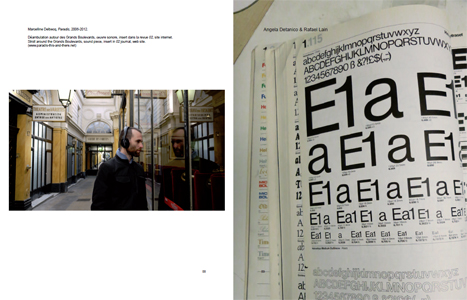 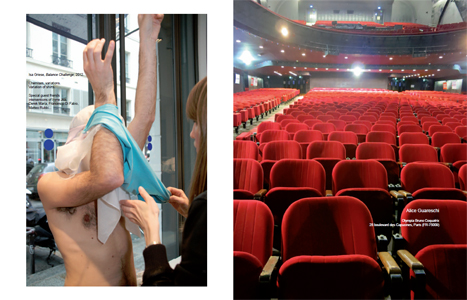 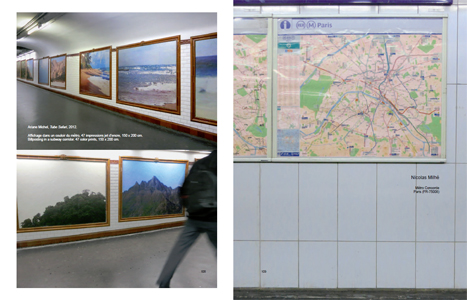 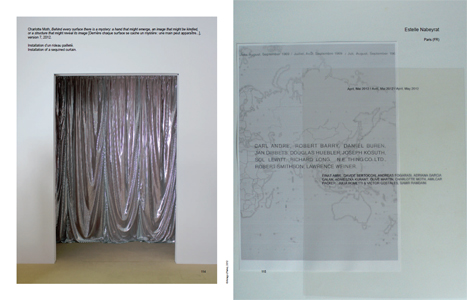 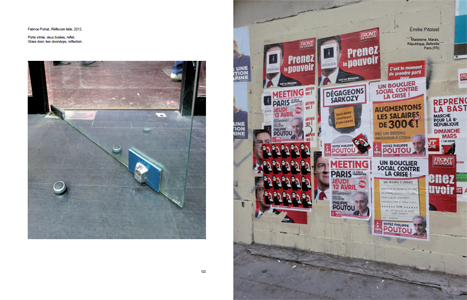 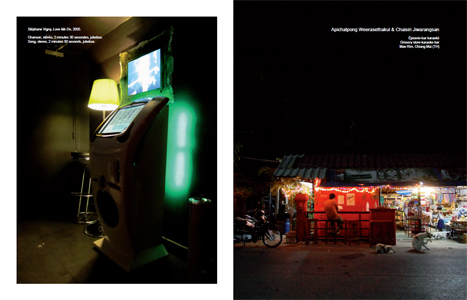