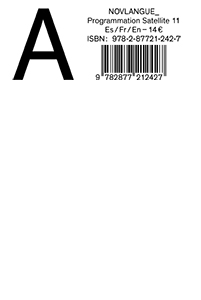 order
wishlist
This catalogue stems from the artist's eponymous video project dedicated to Argentine pianist Margarita Fernández. The publication reproduces two texts from seminars given by Fernández, in which she gives an analysis of the filmic and musical writing taking the example of Robert Bresson's use of Franz Schubert's Sonata in A major.
Part of the Satellite Programme, Learning the Language (Present Continuous I) accompanies the exhibition of Alejandro Cesarco in which he presents a video portrait of the nonagenarian Argentine pianist Margarita Fernández. The book provides a complementary portrait of her through her writings. It includes the text of a lecture given by Margarita Fernández on the analysis of the filmic and musical writing that emerges between the andantino of Franz Schubert's Sonata in A major and Robert Bresson's film Au hasard Balthasar, which used it as a musical theme.
For Cesarco, it is a continuation of his research into narrative structures and translation. Here he focuses on twists and turns and possible transpositions—from music to film, from film to music, and so on. Language has become a matter of motifs, resurgences and combinations, structured like a musical ensemble.
Published on the occasion of the eponymous exhibition at Jeu de Paume, Paris, from October 16, 2018, to January 27, 2019, at CAPC musée d'art contemporain de Bordeaux from October 11, 2018, to February 24, 2019, and at the Amparo Museum in Puebla, Mexico, from February 2 to March 11, 2019.

The Jeu de Paume's Satellite program devoted to contemporary art was initiated in 2007. In 2017, the Jeu de Paume and the CAPC musée d'art contemporain de Bordeaux are jointly organizing the tenth in this series of exhibitions, which from the outset have been entrusted to curators of international renown (Fabienne Fulchéri, María Inés Rodríguez, Elena Filipovic, Raimundas Malašauskas, Filipa Oliveira, Mathieu Copeland, Nataša Petrešin-Bachelez, Erin Gleeson, and Heidi Ballet, Osei Bonsu).
Curated by independent exhibition curator and art critic Agnès Violeau, “NEWSPEAK_”, the 11th edition of the Satellite Programme, consists of work by artists Damir Očko, Daphné Le Sergent and Alejandro Cesarco, engaging public discourse as a strategy towards individuation. The three exhibitions can be added to the growing critical analysis of today's diminished thinking, offering a hypothetical response to the limits of a formatted, segmented and pared-down language.
In the era of the digital revolution and the proliferation of technology, where even public speech, relayed by the media, makes use of social and IT networks as a new agora, the question of a reduced, formatted, and simplified language has once again been raised. This geopolitical transformation is reminiscent of a linguistic landscape imagined in a work of literature as early as 1949. Newspeak is the official language of Oceania, a fictional state invented by George Orwell in his dystopian novel Nineteen Eighty-Four. Wikipedia defines Newspeak as ‘a controlled language, of restricted grammar and limited vocabulary, a linguistic design meant to limit […] freedom of thought,'3 allowing people to be easily manipulated by the mass media, and television in particular.
This lexical and syntactical simplification of language makes critical thought difficult, if not impossible. The minimalistic Newspeak model of language functions therefore as a language-screen, constructed on affect, ideology, rhetoric and absolute precision. Language becomes the obstacle that lies between truth and misrepresentation.
Pointing towards an ever shorter distance between the information given and its interpretation, but also the new possibility of navigating between words and signs, “NEWSPEAK_” attempts to create a cosmogony of language, a laboratory of thought, and a form of resistance through the field of language and exhibition.
Born 1975 in Montevideo (Uruguay), Alejandro Cesarco lives and works in New York.
order wishlist
Texts by Margarita Fernández and Martín Bauer. 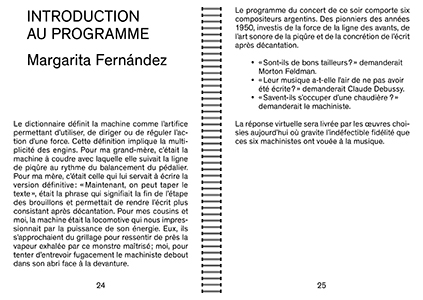 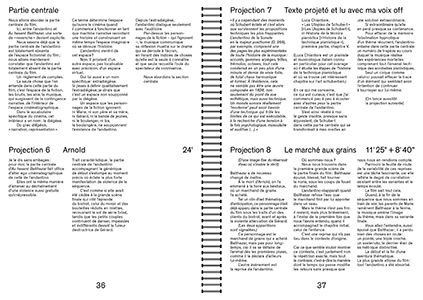 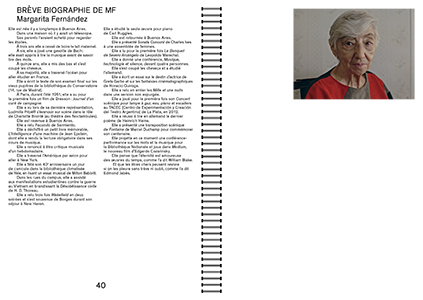