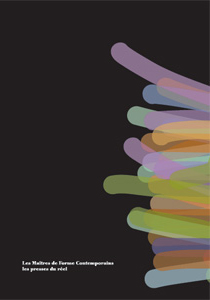 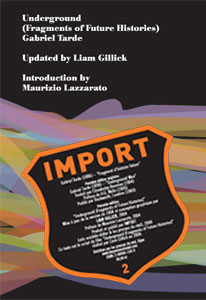 order
wishlist
Script of the movie by Liam Gillick, adaptation of Underground Man - Fragments of Future Histories, by Gabriel Tarde (1896).
“To produce is a passion, to consume is only a taste.”
“ The mental space left by the reduction of our needs is taken up by those talents – artistic, poetic and scientific – which multiply and take deep root. They become the true needs of society. They spring from a necessity to produce and not from a necessity to consume.”
Gabriel Tarde
Limited edition of 500 copies.
After having studied at Goldsmiths College in London, Liam Gillick appeared on the English scene at the beginning of the 1990s, right in the middle of the YBA phenomenon. He has been noticed for his post-Conceptual practice, and his critical and curatorial engagement.
Winner in 1998 of the Paul Cassirer Kunstpreis in Berlin, and nominated in 2002 for the Turner Prize, his work has been widely presented in large exhibitions over the last ten years (Documenta, Venice Biennale, Manifesta, etc.). Respected for the rigor of the thinking developed in his work and writings, Liam Gillick's sculptures, installations, and textual pieces are also informed by a sharp visual sense of structural and formal material properties of the vocabulary he uses.
order wishlist
Graphic design by Liam Gillick.
Foreword by Maurizio Lazzarato.