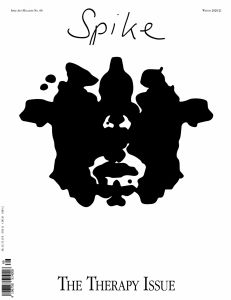 order
The Therapy Issue: Spike on the couch (contributions by Jos de Gruyter & Harald Thys, Qu Chang, Liam Gillick, Bonaventure Soh Bejeng Ndikung, Iman Issa, Sean Monahan, Victoria Campbell, Ingrid Luquet-Gad, Jeppe Ugelvig, Jaime Chu, Bianca Heuser, Nicolette Polek, Adina Glickstein, Artur Klinau...).
Here's what we wanted: a deep, personal, painful appraisal of the art world as we know it. Some of us hate it, some love it, and many depend on its continued survival. When we posed this to our writers, they threw the kitchen sink at us: folklore, failure, fantasy, and wait for it ... God! The results are a mix of inappropriate humour, debauchery, and weirdness—an oblique portrait of Spike, as we figured out after a few sessions on the couch. This funhouse mirror stage was no doubt frightening to see. It's the Therapy Issue. And we're still blaming our parents.
Founded by the artist Rita Vitorelli in 2004, Spike (Spike Art Quarterly) is a quarterly magazine on contemporary art published in English which aims at sustaining a vigorous, independent, and meaningful art criticism. At the heart of each issue are feature essays by leading critics and curators on artists making work that plays a significant role in current debates. Situated between art theory and practice and ranging far beyond its editorial base in Vienna and Berlin, Spike is both rigorously academic and stylishly essayistic. Spike's renowned pool of contributing writers, artists, collectors and gallerists observe and reflect on contemporary art and analyse international developments in contemporary culture, offering its readers both intimacy and immediacy through an unusually open editorial approach that is not afraid of controversy and provocation.
order
published in December 2020
English edition
21,7 x 28 cm (softcover)
210 pages (color ill.)
14.00 €
in stock 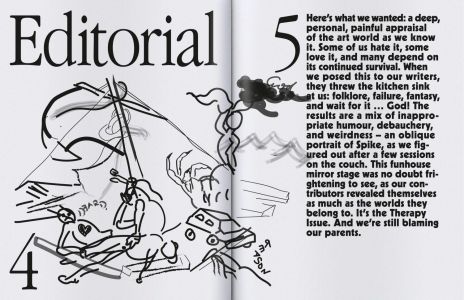 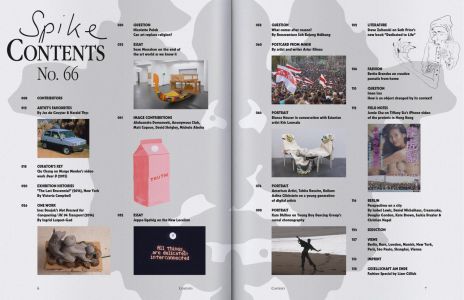 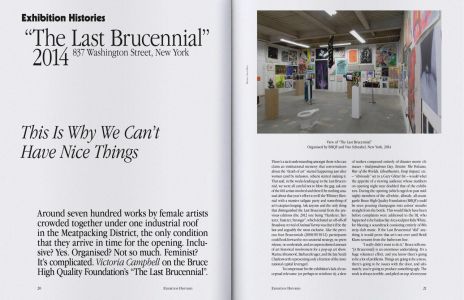 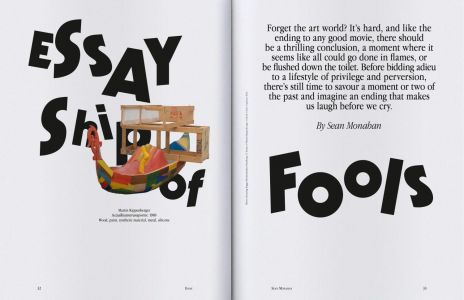 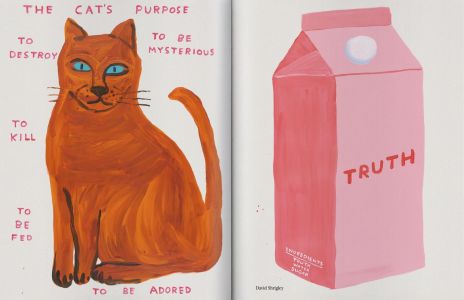 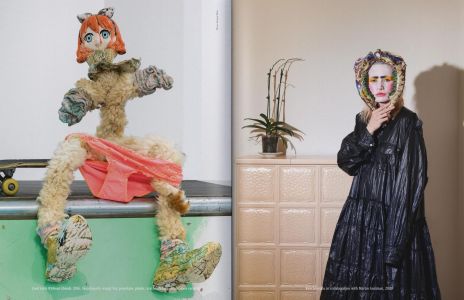 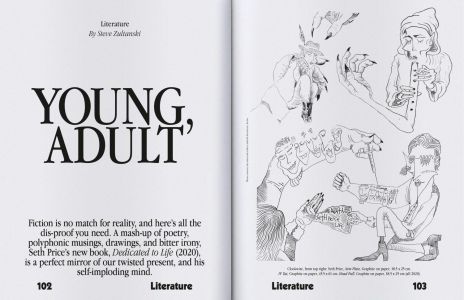 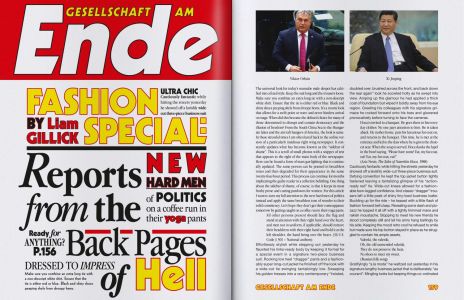