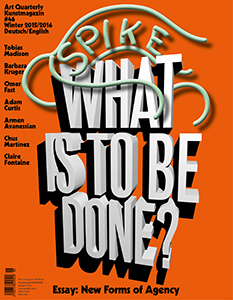 order
wishlist
Since its inception, Spike Art Quarterly stands for independent, critical reporting on the arts, and provides the current cultural debates with emerging artists and leading writers. This issue looks for political alternatives and resistance into the art world, and includes discussions between Claire Fontaine's Fulvia Carnevale, Rory Rowan, Constant Dullaart & Toke Lykkeberg, portraits of Tobias Madison, Barbara Kruger and Omer Fast, an interview with Armen Avanessian, Liam Gillick on the British documentary filmmaker Adam Curtis, Chus Martínez on the role of art in generating new cultural forms...
The pressure is rising. Between acceleration and exit, artists and theorists are searching for new forms of resistance. They create their own worlds, enter into collaborations, establish companies, or work to dissolve familiar formats. What does it mean to be political today? What possibilities for action remain, and which ones are opening up?
Founded by the artist Rita Vitorelli in 2004, Spike (Spike Art Quarterly) is a quarterly magazine on contemporary art published in English which aims at sustaining a vigorous, independent, and meaningful art criticism. At the heart of each issue are feature essays by leading critics and curators on artists making work that plays a significant role in current debates. Situated between art theory and practice and ranging far beyond its editorial base in Vienna and Berlin, Spike is both rigorously academic and stylishly essayistic. Spike's renowned pool of contributing writers, artists, collectors and gallerists observe and reflect on contemporary art and analyse international developments in contemporary culture, offering its readers both intimacy and immediacy through an unusually open editorial approach that is not afraid of controversy and provocation.
order wishlist
published in February 2016
bilingual edition (English / German)
21,7 x 28 cm (softcover)
180 pages (color ill.)
9.50 €
in stock 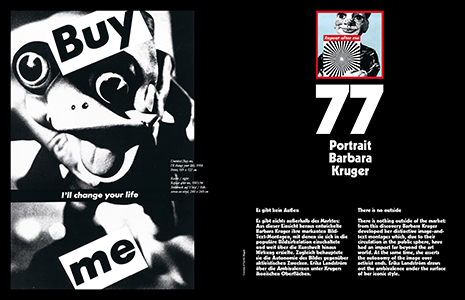 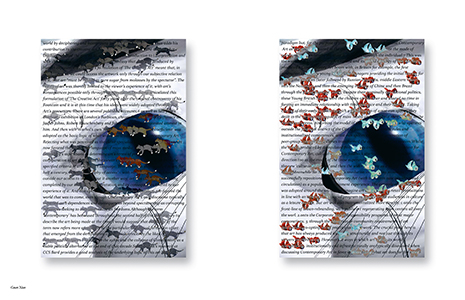 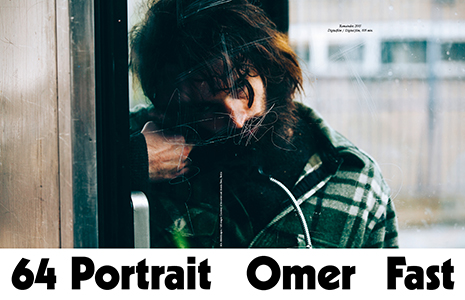 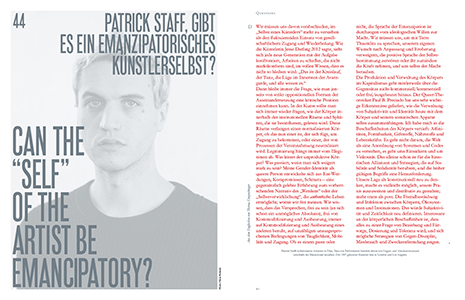 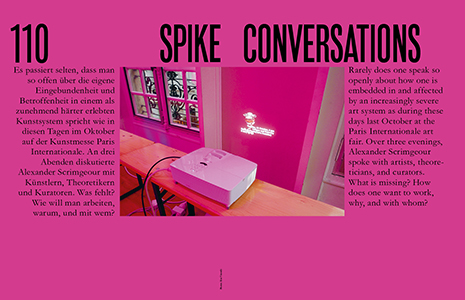 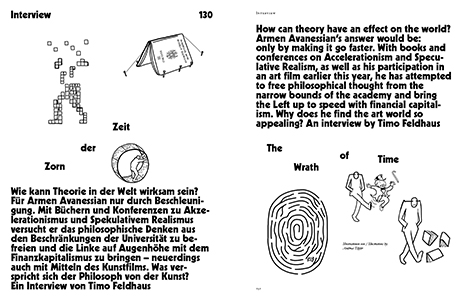 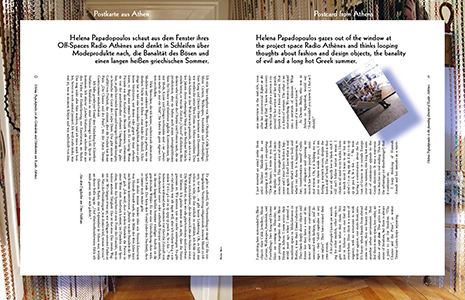