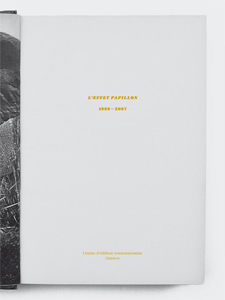 order
wishlist
The story of the Centre d'édition contemporaine in Geneva (www.c-e-c.ch).
The title of this book, L'Effet papillon, is used here as a metaphor for the free and uncontrolled propagation of ideas. It alludes to the often delayed effect of an action, a work of art or an exhibition, which sometimes becomes a reference for the general public as well as the specialists. This "effect" is mentioned in the conversation between Hans Ulrich Obrist and Véronique Bacchetta, published in this catalogue, in order to underline the recurring difficulty for an art space or a contemporary art exhibition of never being fully legitimized.
This publication tells, through its archives, the story and evolution of a particular institution – the Centre d'édition contemporaine –, relates its production and its artistic policy, and establishes its place, status and commitment in the field of contemporary art. The spanned period, 1989-2007, is situated long after the creation of the Centre genevois de gravure contemporaine (in the 1960s) which became, in 2001, the Centre d'édition contemporaine. It corresponds to a period during which the Centre opened and developed itself toward a contemporary art in fast mutation. Covering these nineteen years of activity, this book tries to illustrate and comment them, to catalogue and describe them in detail. It is organized in three parts. The first one brings together texts dealing either directly with the Centre as a reference point or, more generally, with publishing through analyses of its recent history – particularly that of the 1960s-70s –, of its different production and distribution strategies or, more directly, of personal experiences. At the center of the book, a section of colour photographs documents such exhibitions, critical choices and moments deemed crucial to the Centre's journey and its program. The third part forms the factual side of this development, a catalogue composed of all the editions, exhibitions, events, collaboration and various invitations which, month after month, have formed the "biography" of this place. This last segment is followed by a series of "Snapshots," a kind of affective addition to the catalogue.
order wishlist
Edited by Véronique Bacchetta.
Texts by Sylvie Boulanger, Lionel Bovier, Brian D. Butler, Philippe Cuenat, Thomas Hirschhorn, Christoph Keller, Hans Ulrich Obrist, Alexis Vaillant. 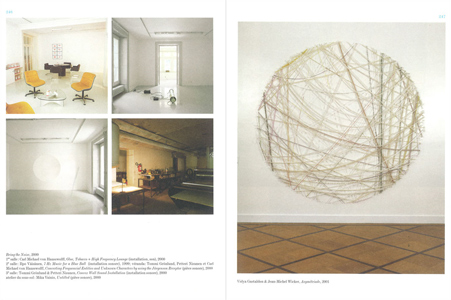 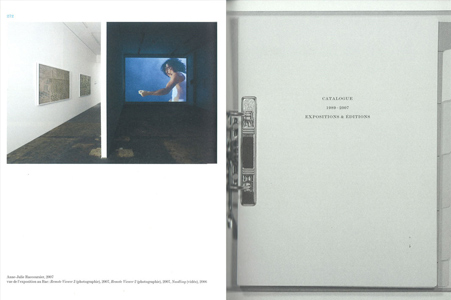 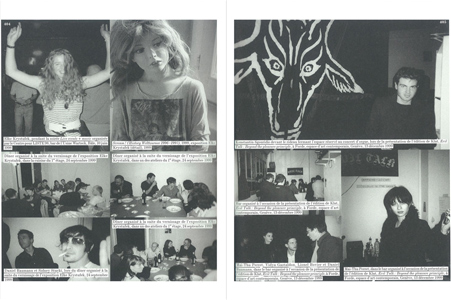