A diminished poetry – An expanding (and contracting) writerly. Fragments, for Rindon Johnson – Before publication #01 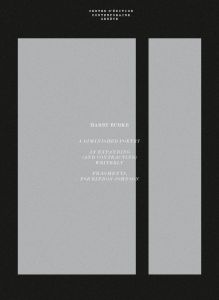 order
wishlist
Presented as a work-in-progress, this text on American artist Rindon Johnson's video practice offers a reflection on the widening creative possibilities in the multimodal digital landscape, while discussing the political and personal aspirations of a new generation of artists and critics.
This text, which is presented as an unfinished, in-progress document, combines notes, quotations, and deletions in a fragmentary, indirect response to Rindon Johnson's VR videos (alongside other of the disintegrations, psychological and social, of the present moment). Assessing in relationship to the legacy of expanded cinema, some of literature's widening possibilities in the multimodal digital landscape—as postulated across Johnson's broad and inquisitive practice—it suggests a breakdown of purely textual mechanics, embracing writing and thinking as uncompleted, perhaps even vulnerable, acts.
Burke's text offers also a portrait of a community of artists, poets and critics, who share a common experience, thought and commitment, which considers and welcomes in their reflection the influence of feminism, the critique of post-colonialism and capitalism, the issues raised by gender and trans-studies, Queer theories and the philosophy of care, expressed and supported both in the artistic field and in everyday life.
Brochure published in the “Before Publication” series, which will gather the pre-publications—unique notebooks of 4 to 24 pages, 17,2 x 23,5 cm, offset, black/white, stapled binding, 250 copies—of authors' texts and artists' inserts, which will appear regularly and in preview of their final edition in L'Effet papillon II (second volume of L'Effet papillon – 1989-2007, catalogue of the Centre d'édition contemporaine published in 2008).
Harry Burke (born 1990, lives and works in New York) is a British poet, critic, and curator. He was a curator at Artists Space, New York, where he organized a performance and reading program. He collaborated on the exhibition of Ho King Man and Hanne Lippard at SALTS, Basel, co-organized with Precious Okoyomon, the “Segue Reading Series” in New York, “Poetry as Practice” for the New Museum in New York and “Random House” for Arcadia Missa in London. He curated exhibitions at the Cell Project Space in London and at the Contemporary Art Center in Vilnius. His writings have appeared in Texte zur Kunst, Art in America, Spike Art Quarterly, Mousse, and in several artists' anthologies.
order wishlist
Graphic design: Niels Wehrspann, Lausanne.
published in February 2020
English edition
17,2 x 23,5 cm (stapled)
(b/w ill.)
15.00 €
in stock 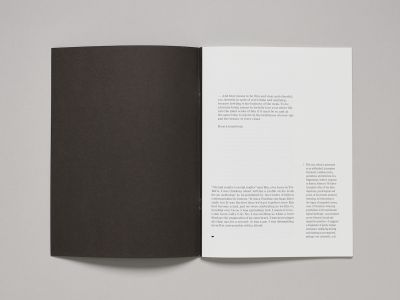 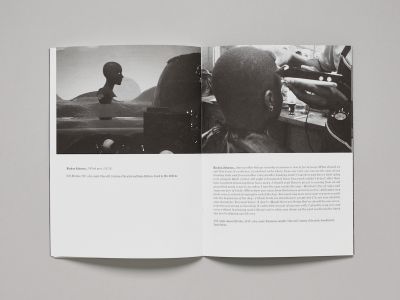