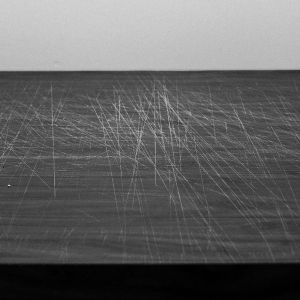 order
wishlist
An electroacoustic piece based on a recording of a Curling match, which reveals its unsuspected dramatic tension...
“Curling” was composed in February 2018. This electroacoustic piece is based on a recording of a Curling match—a sport shown very late at night on public television channels and played on ice with granite stones, where the aim is to get them as close as possible to a circular target, using a sweeping motion with a brush. This sonic tableau becomes a scene from sound theatre, as mysterious as it is tense and disturbing, placed over an electronic layer which slowly evolves over the duration of the work. The principle is simple, and, as is often the case with a simple and great idea and the know-how that goes with it, it works. We are seized by this tension playing out before us—and apart from a certain number of aficionados—in total ignorance of the unfolding drama!
Jean-Philippe Gross (born 1979, lives and works in Metz, France) is a French composer and improviser, founder of Eich records, and Fragment. Originally a drummer, he has played in the field of electronics, experimental and improved music since 2001. He plays with Stéphane Garin (Dénombrement), Jean-Luc Guionnet (Angle), Jérôme Noetinger, Axel Dörner, Clare Cooper (Nevers), John Hegre, eRikm, Lionel Marchetti. He has composed music for theater, dance and performances as well as for contemporary ensembles.
order wishlist
published in October 2019
Digipack
8.00 €
in stock 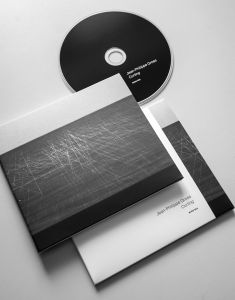