Axel Dörner (born 1964 in Köln) has developed one of the most unique voices in free improvisation. His first instrument was the piano, which he initially studied at the conservatory in Arnhem, the Netherlands and at the Musikhochschule in Köln. From 1991 he studied trumpet with Malte Burba. Using the trumpet as a generator of microscopical sounds, he is focusing on the sound of his breath. But not just in a minimalistic way but also in combination with custom made electronic interfaces and as a noise generator. But what distinguishes Dörner from a lot of radical minimalistic players is that instead of turning this “new way” into a religion, he integrated it into his arsenal and continued to perform with maximalist free jazz groups, performance artists and electronic musicians. More than 70 records with an incredible wide range of musicians and styles proves his immense creativity and open mindedness. Among his collaborators you can find Alessandro Bosetti, Annette Krebs, Alexander von Schlippenbach, Zeitkratzer, Margareth Kammerer, Franz Hautzinger, Sven-Åke Johansson, John Butcher, Phil Minton, Mats Gustafsson, Splitter Orchester, Otomo Yoshihide's New Jazz Orchestra. Numerous radio, television and concert appearances were made with these groups. In 2002 Axel Dörner was awarded with the SWR Jazzpreis. 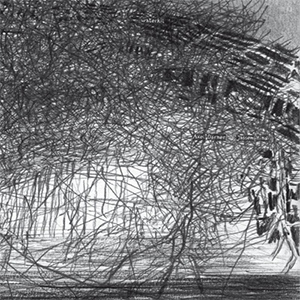 Axel Dörner, Jassem Hindi
Waterkil (vinyl LP)
2013
Corvo Records
Waterkil is a singular sound creation starring Axel Dörner on trumpet & Jassem Hindi on electronics. The recordings for this album were made during a three week residency at EMS in Stockholm and during a live show at Able gallery in Berlin.