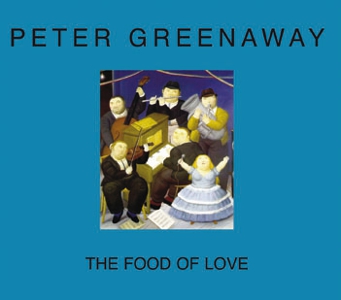 order
wishlist
What happened to the boy Tadzio on the Venetian Lido beach in Thomas Mann's and Luchino Visconti's Death in Venice? British director Peter Greenaway relates Tadzio's future.
This could be the key to Tadzio's possible story some 40 years later, for Tadzio, or someone very much like him, cannot relinquish the memory of a piece of music and all it meant for him. He becomes a violent blackmailer preying on sexual indiscretions, becoming wealthy enough to employ his own quartet of musicians to play him Vivaldi bassoon concertos on demand—in prison, in the courtroom, in the streets, in restaurants, swimming-pools, in his bedroom when he is making love to his mistress. He lives a lie as a macho functioning heterosexual because of his boyhood seduction by a Venetian bassoon player who played Vivaldi to accompany the thrilling destructive experience he obsessively and hopelessly attempts to recover. Recovery is an impossibility on every level. His attempts to relive the experience destroys him.

“If music be the food of love, play on;
Give me excess of it, that, surfeiting,
The appetite may sicken, and so die.
[...] Enough; no more;
'Tis not so sweet now as it was before.”
Twelfth Night
William Shakespeare
Peter Greenaway (born, 1942 in Newport, Wales, lives and works in Amsterdam) trained as a painter for four years, and started making his own films in 1966. He has continued to make cinema in a great variety of ways, which has also informed his curatorial work and the making of exhibitions and installations in Europe from the Palazzo Fortuny in Venice and the Joan Miro Gallery in Barcelona to the Boijmans van Beuningen Gallery in Rotterdam and the Louvre in Paris. He has made 12 feature films and some 50 short-films and documentaries, been regularly nominated for the Film Festival Competitions of Cannes, Venice and Berlin, published books, written opera librettos, and collaborated with composers Michael Nyman, Glen Branca, Wim Mertens, Jean-Baptiste Barriere, Philip Glass, Louis Andriessen, Borut Krzisnik and David Lang. His first narrative feature film, The Draughtsman's Contract, completed in 1982, received great critical acclaim and established him internationally as an original film maker, a reputation consolidated by the films, The Cook, the Thief, his Wife & her Lover, The Pillow Book, and The Tulse Luper Suitcases.
order wishlist
published in March 2014
English edition
21,5 x 18,5 cm (softcover)
64 pages
20.00 €
ISBN : 978-2-914563-69-7
EAN : 9782914563697
in stock