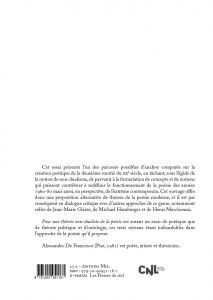 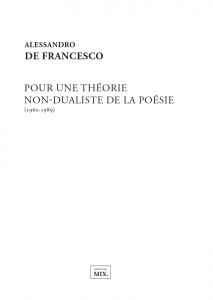 order
wishlist
A comparative analysis of the poetic creation of the second half of the 20th century, under the aegis of the notion of non-dualism, redefining the epistemologies of action peculiar to the poetry of the 1960-80s but also, in perspective, of the extreme contemporary.
Alessandro De Francesco (born 1981 in Italy, lives and works in Basel and Brussels) is an artist, poet, essayist and the founder of the Language Art Studio. Presented and exhibited in multiple international contexts, his work is focused on innovatory forms of manipulation of verbal materials. From 2008 to 2015 Alessandro was an artist-in-residence and visiting professor at the European Graduate School. He recently lead workshops at the École de recherche graphique in Brussels and the Basel Academy of Art & Design (HGK) and is currently a visiting professor at the Bern University of the Arts (HKB), Switzerland.
Alessandro De Francesco writes poetry and works on several parallel projects, such as the Augmented Writing , a visual and spatial text-expansion and text-exhibition device. His work also regularly features what he calls Reading Environments , i.e. poetry readings realised as performances and installations. He is currently developing immersive textual installations in virtual reality, visual works with language and acrylic painting, volume pieces with asemic writing, and new collective reading environments. The textual material used for his projects is often taken from his poetry and conceptual writing, that he conceives as plastic objects in their own right.
A collection of poems by Alessandro De Francesco was published in 2021 by Uitgeverij under the title (((.
order wishlist
published in March 2021
French edition
15 x 21 cm (softcover)
436 pages
25.00 €
ISBN : 979-10-90951-22-8
EAN : 9791090951228
in stock 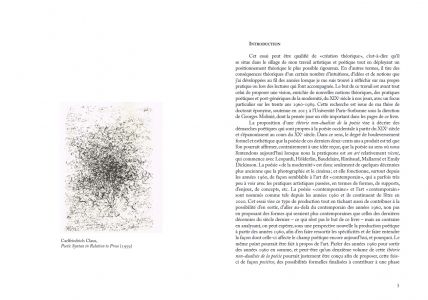 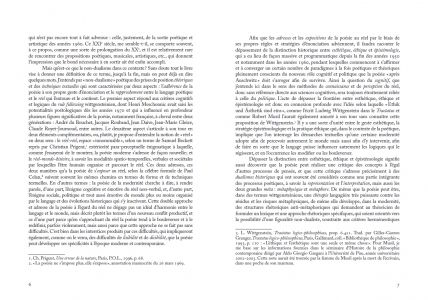 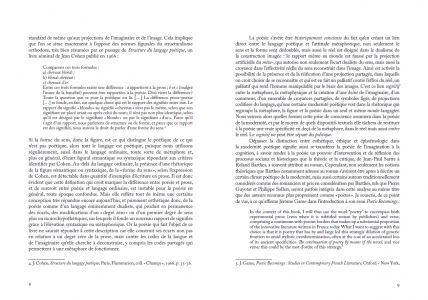