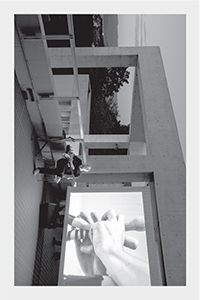 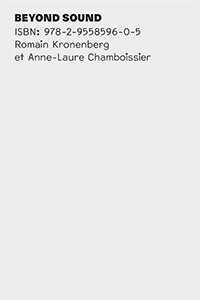 order
This interview with Romain Kronenberg by curator Anne-Laure Chamboissier traces the filmmaker's progression, from his first projects to the most recent, including some currently in development. It reveals the complexity of a body of work where the relationship between image and sound is constantly reinvented with each new creation. (in the framework of the “Beyond Sound” interview series, dedicated to sound arts).
Also available in English edition.
Romain Kronenberg is a film director and composer. Initially trained as a musician, he graduated from the IRCAM school, and gradually began working with video and images. His videos, which at first explored the sound / image dialectic in a contemplative style, started moving towards projects developing the relationship between language and narrative (So Long After Sunset And So Far From Dawn, Marcher puis disparaître, Heliopolis…), though music and sound continue to play a major role in his work.
Anne-Laure Chamboissier is a lecturer and curator. In November 2013, she launched ChamProjects, an organization dedicated to a transversal observation of sound and its relationship to different disciplines: cinema, visual arts, and literature. Her work has been part of exhibitions (“Más allá del sonido”, Buenos Aires; “OOOL / Sound fictions”, Kunsthalle Mulhouse, 2016; “Beyond the Sound”, Hong Kong, 2015), artistic programs (FIAC, Paris, 2014 and 2015; LOOP, Madrid, 2015), publications, films (Poésie action – Variations sur Bernard Heidsieck, CNAP / a.p.r.e.s éditions, 2014; Entretien avec Jean-Michel Espitallier, les archives du présent, 2016), and conferences.
order
Edited by Alice Dusapin. 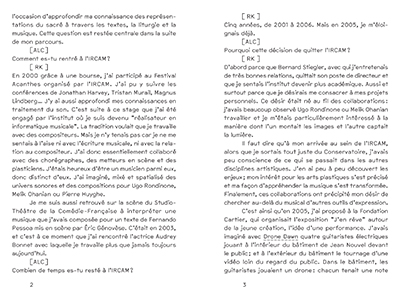 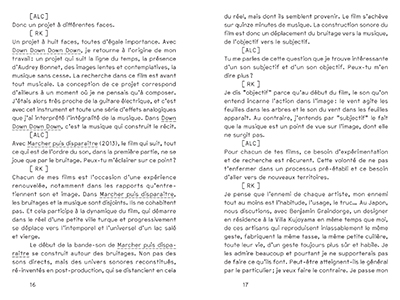 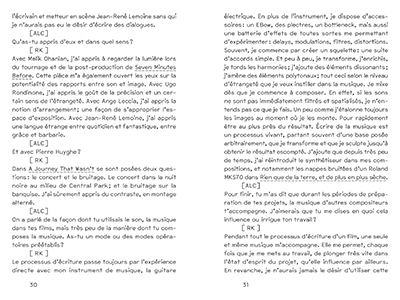