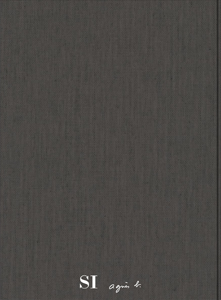 order
Artists' book.
Shadow Fux: The first collaborative work of New York artist Rita Ackermann and Nashville based director Harmony Korine consistes of large-scale paintings on vinyl and canvas, several drawings as well as one film, creating a grand presentation with dissonant overtones.
Central to the praxis of both is the creation of psychologically jarring figures, whose presence is further enhanced by fragmented narratives. Produced in a call and response method, the collaboration illustrates the importance of cutting to both artists' works. Editing and splicing, Ackermann and Korine insert absurdist moments into narrative tropes, subverting plotlines and ultimately defying our expectations towards story telling.
Shadow Fux aims to create a veritable alien, who stalks the viewer from the fringe. The eerie paintings and their filmic complements are an unyielding monument to the freak, the hysteric, the rake, and the eccentric.
New York City based artist Rita Ackerman was born in Budapest in 1968. From 1989 to 1992, she attended the Academy of Fine Arts in Budapest and from 1992 to 1993, she attended the New York Studio School of Painting, Drawing, and Sculpture, which is also know as the Hanes Foundation. Her work consists mainly of vivid oil paintings, but also of drawings, collages, and installations that often deal with the issues of popular culture.
Harmony Korine is one of the most significant artists of his generation. After emerging onto the world stage in the 1990's as a screenwriter (Kids) and director (Gummo; Julien Donkey-Boy), his intuitive, open-ended approach to realism created a polarizing fervor amongst critics.
Lesser known but no less relevant are Korine's experiments outside the world of cinema. A Crack-up At The Race Riots, his first book, adapted the possibilities of his brand of montage to text. Numerous collaborations with other artists (such as Christopher Wool, Brian DeGraw, Gus Van Sant and Mark Gonzales) further stretched Korine's imagination into realms of formalized abstraction, vaudeville, black metal nihilism, and ambient soundscapes.
order
Texts by Gianni Jetzer, Richard Flood, Antoine Catala, Piper Marshall, Cameron Shaw. 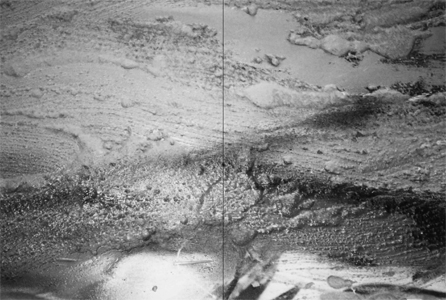 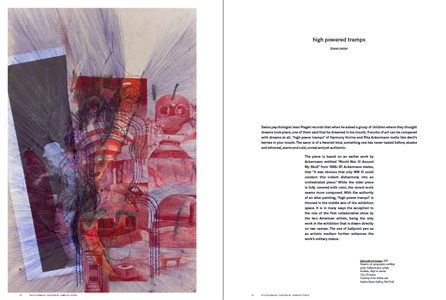 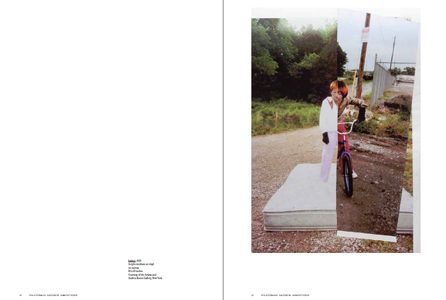 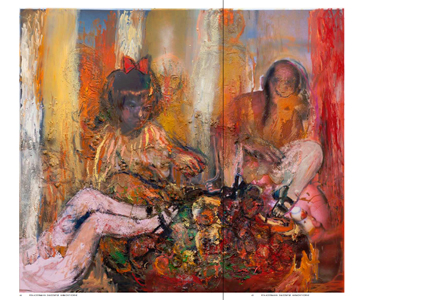 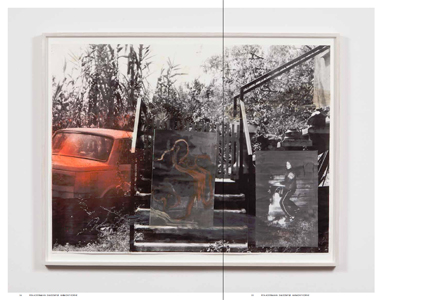 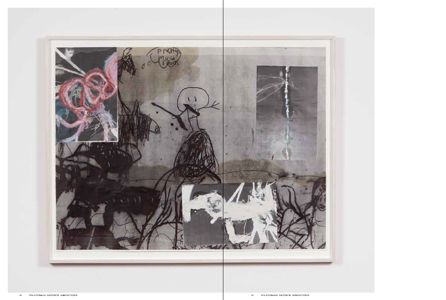 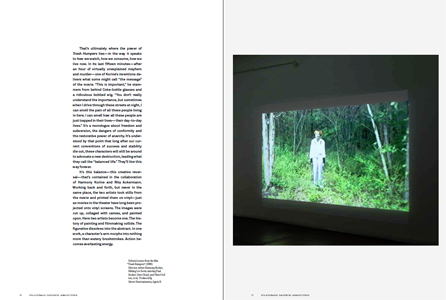 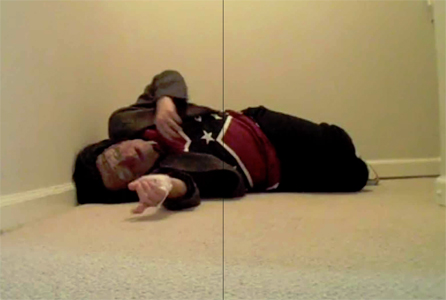 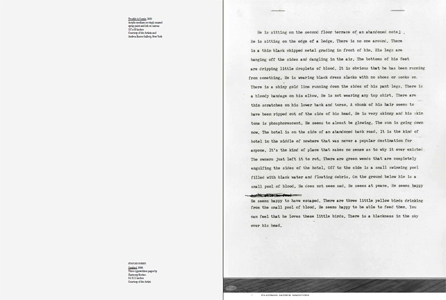 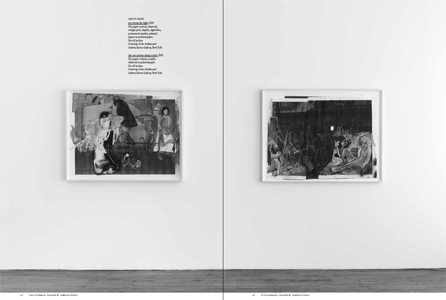