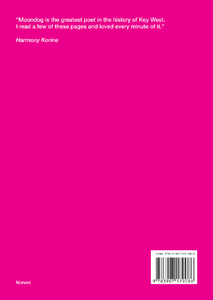 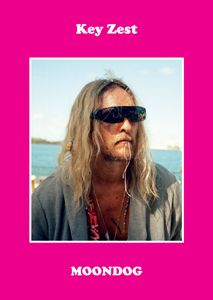 order
wishlist
The script of Harmony Korine's new movie The Beach Bum.
“Moondog is the greatest poet in the history of Key West.
I read a few of these pages and loved every minute of it.”
Harmony Korine

The Beach Bum follows the outrageous misadventures of Moondog (Matthew McConaughey), a rebellious burnout who only knows how to live life by his own rules. Complete with an all-star cast including Snoop Dogg, Isla Fisher, Zac Efron, Jimmy Buffett, Martin Lawrence and Jonah Hill, The Beach Bum is the wildly original and subversive new comedy from writer/director Harmony Korine.
Harmony Korine is one of the most significant artists of his generation. After emerging onto the world stage in the 1990's as a screenwriter (Kids) and director (Gummo; Julien Donkey-Boy), his intuitive, open-ended approach to realism created a polarizing fervor amongst critics.
Lesser known but no less relevant are Korine's experiments outside the world of cinema. A Crack-up At The Race Riots, his first book, adapted the possibilities of his brand of montage to text. Numerous collaborations with other artists (such as Christopher Wool, Brian DeGraw, Gus Van Sant and Mark Gonzales) further stretched Korine's imagination into realms of formalized abstraction, vaudeville, black metal nihilism, and ambient soundscapes.
order wishlist
published in June 2019
English edition
16 x 22,5 cm (softcover)
104 pages (b/w ill.)
22.00 €
ISBN : 978-3-907179-08-6
EAN : 9783907179086
in stock 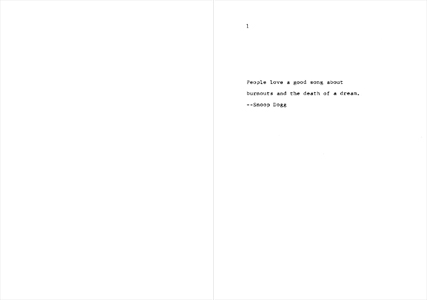 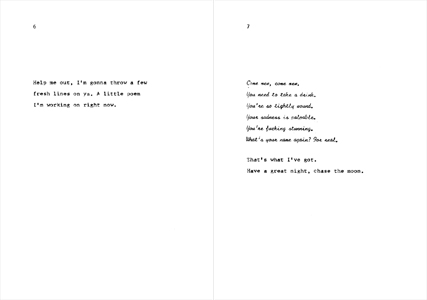 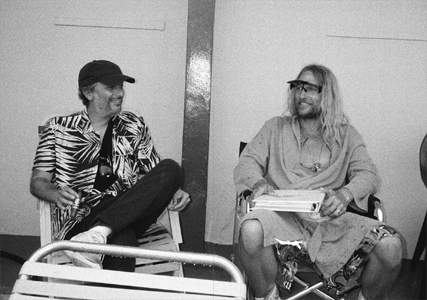