Since the early 80s Christopher Wool (born 1955 in Chicago, lives and works in New York City) has been using his painting to explore and expand the boundaries of a painting whose heroic period is past. Like Robert Gober, Cady Noland and Richard Prince—with whom he has worked—Wool has helped invent new forms for a supposedly wornout discipline. Throwing in references to music, cinema and art, he has created works testifying to the contemporary experience. Beginning with decorative patterns and letters that produced All-over paintings in which expression was cut to a minimum, he went on to use silkscreening for works that became steadily denser and freer. 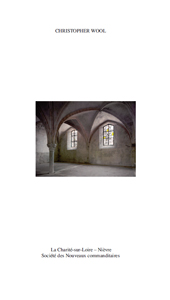 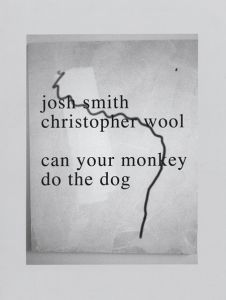 Josh Smith, Christopher Wool
Can your monkey do the dog
2007
no text
mfc-michèle didier - Monographs, editions & artist's books
Can your monkey do the dog is the title for this book conceived jointly by Josh Smith and Christopher Wool. Thanks to digital imaging, they created together a series of pieces; one of them proposed an image from his corpus, which the other one reworked, by adding or removing elements. A new "layer" was each time superimposed on the previous one, without any constraint or mutual censorship regulating the alternating interventions. 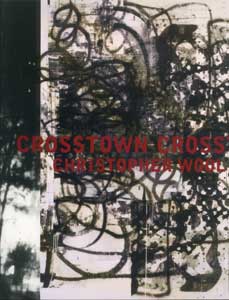