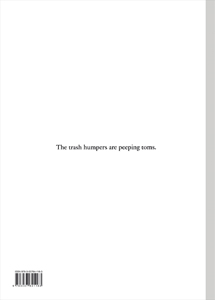 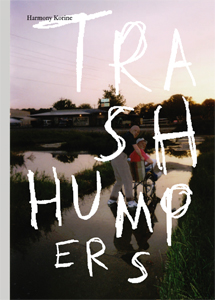 wishlist
A book based on the photographic research for Korine's latest directorial project of the same name.
Harmony Korine shocked a nation with his first movie script, 1995's "Kids," about drug-adled adolescents wallowing in ennui and sex. Arbiters of culture and morality wrung their hands, but two first-time actors in "Kids"—Chloë Sevigny and Rosario Dawson—found longtime fame in the ensuing years. Korine himself went on to direct several audaciously polarizing feature films.
This book, "The Trash Humpers," is based on the photographic research for Korine's latest directorial project of the same name. Released on lo-fi VHS and edited in part while blindfolded—or so Korine attests—the 78-minute movie follows a gang of miscreants who roam the streets of Nashville, molesting garbage bins and causing random mayhem. "It's an ode to vandalism and the creativity of the destructive force," Korine has said. "Sometimes there's a real beauty to blowing things up, to smashing and burning. It could be almost as enlightening as the building of an object."
Limited edition.
Harmony Korine is one of the most significant artists of his generation. After emerging onto the world stage in the 1990's as a screenwriter (Kids) and director (Gummo; Julien Donkey-Boy), his intuitive, open-ended approach to realism created a polarizing fervor amongst critics.
Lesser known but no less relevant are Korine's experiments outside the world of cinema. A Crack-up At The Race Riots, his first book, adapted the possibilities of his brand of montage to text. Numerous collaborations with other artists (such as Christopher Wool, Brian DeGraw, Gus Van Sant and Mark Gonzales) further stretched Korine's imagination into realms of formalized abstraction, vaudeville, black metal nihilism, and ambient soundscapes.
wishlist
Edited by Lionel Bovier.
Text by Harmony Korine.
published in January 2011
English edition
20,5 x 28 cm (softcover)
128 pages (48 color & 30 b/w ill.)
ISBN : 978-3-03764-116-3
EAN : 9783037641163
sold out 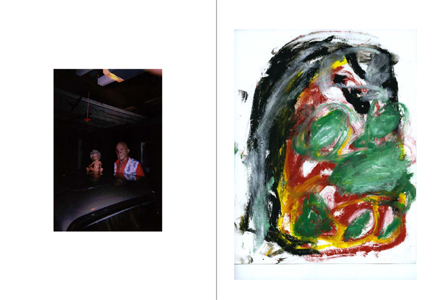 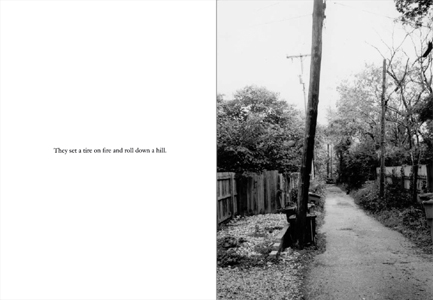 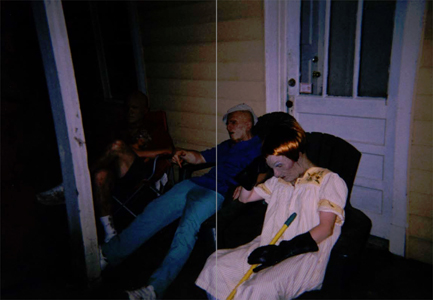