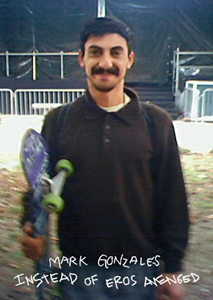 wishlist
Artist's book (300 lo-fi photographs taken with a cell phone).
Mark Gonzales is always in motion and his work is a real-time reflection of that unceasing movement, full of spur-of-the-moment, spontaneous gestures thrown out into the void that is the world that we all inhabit and have to live in and through. What seems ad hoc and instantaneous genuinely is, though there is also a often esoteric and complex set of underlying factors behind these creative effusions that come with literally always making things: drawings, poems, paintings, dolls, defaced newspapers, and in this case, photographs taken with that ubiquitous modern-day equivalent to the Kodak Brownie, the cell phone.
Using Jerry Chadwick's poem Instead of Eros Avenged as it's jumping-off point (“Started to type / the first chapter / where green eyes / press into / grey eyes / like ivy on granite / and remembered / Lorca shot in spain / Richard Heakin beaten / to death outside / a tuscon gay bar / and decided / NO / there have been / enough deaths / already”) the pictures celebrate an improvised life with Gonzales posing with fans, training cats, hanging out with family and friends, doing wallrides, and even performing a boneless one sans socks.
All together it's a cacophonous, almost riotous depiction of life's fleeting moments ranging from the humorous and poignant to the anxiety-inducing and troubling, becoming in the end a touching metaphorical and visual counterpart to Chadwick's “It's time for some happiness I say / a little life at least, / maybe some love.” (Christofer Churchill)
Born 1968 in Los Angeles, artist and skateboarder Mark Gonzales (“The Gonz”) lives and works in New York.
wishlist
Poem by Jerry Chadwick.
published in June 2011
English edition
14 x 20 cm (softcover)
300 pages (300 color ill.)
ISBN : 978-3-905714-91-3
EAN : 9783905714913
sold out 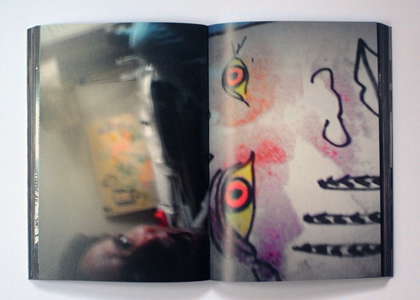 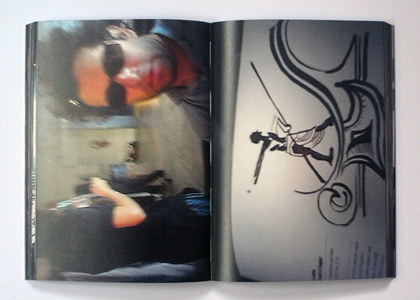 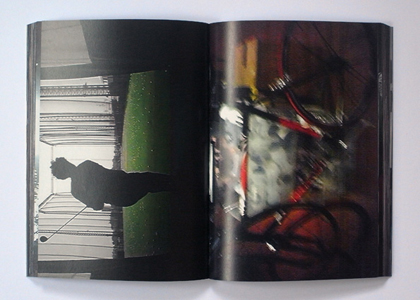 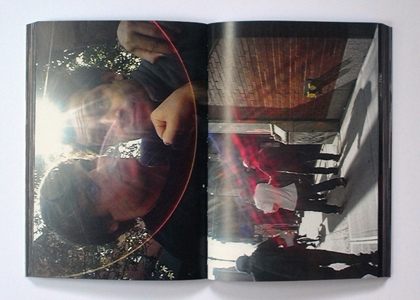 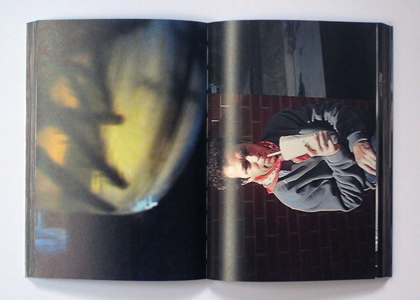 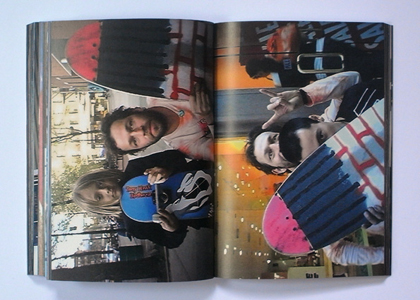 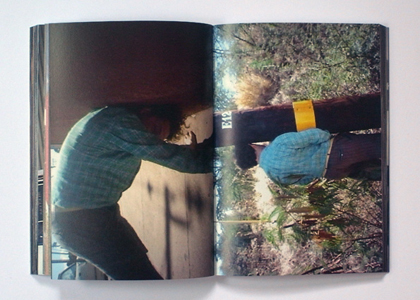 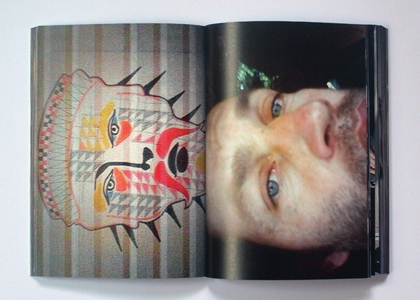 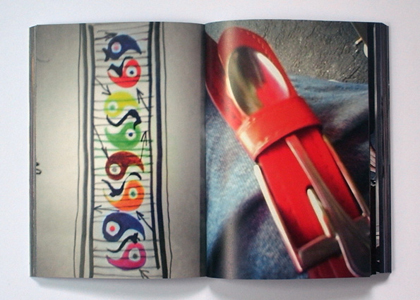 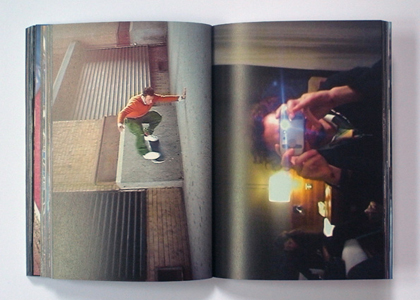