order
wishlist
An album conceived by Carlos Casas from the sound materials recorded during the making of his film Cemetery (about the last journey of an elephant in the Sri Lankan jungle, a meditative and hallucinatory oeuvre between animist documentary, adventure film and experimental cinema), extending the immersive experience of the film. This artist's edition includes a hand numbered bonus LP, an art print and a dowload code for an exclusive 99' bonus track.
"While developing my last film about the elephant graveyard myth, I tried to imagine what that jungle and landscape that protected it might sound like. To do this, I created a series of soundscapes, atmospheres to help me understand that park, to imagine it; I tried to place it in the near future, around 2046. All the sounds that make up those sound compositions come from my references throughout the project, and from the atmospheres and radiofrequencies captured during the filming in Sri Lanka; the deep jungles and magical places that helped me undertake that journey. When I finally finished editing the film itself, I decided to rework those sessions, to create an album that would recap that entire imaginary world I had created. The album is a way of inviting audiences to undertake that journey."
Carlos Casas, 2019
See also the book from the movie Cemetery – Journeys to the Elephant Graveyard and Beyond.

Carlos Casas (born 1974 in Barcelona) is a Spanish filmmaker and artist whose practice encompasses documentary film, cinema, sound and the visual arts. His films have been screened and have won him awards at festivals around the world, such as the Venice Film Festival, the International Film Festival Rotterdam, Buenos Aires International Film Festival, Mexico International Film Festival, CPH DOX Copenhagen, FID Marseille, etc… Retrospectives of his films have been presented at festivals and film archive screenings in Madrid, Mexico and Brussels, while his work has been exhibited and performed in international art institutions and galleries such as the Tate Modern in London, Fondation Cartier, Palais de Tokyo, Centre Pompidou in Paris, NTU CCA Singapore, HangarBicocca, and La Triennale in Milan, CCCB Barcelona, Matadero Madrid, GAM Torino, Bozar, and the Kunstenfestivaldesarts in Brussels, among others.
Since the late 2000s Carlos Casas has also occupied a remarkable double life with his work in sound, producing a handful of full lengths and EPs that span the worlds of musique concrète, electronic, electroacoustic, and ambient musical composition.
order wishlist
published in May 2019
3 red vinyl LPs
55.00 46.00 €
(special offer)
in stock 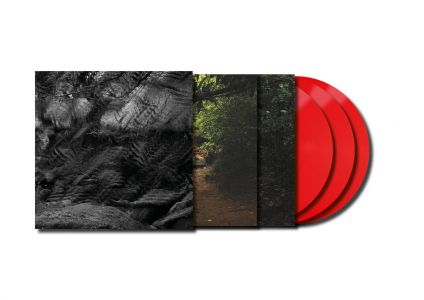