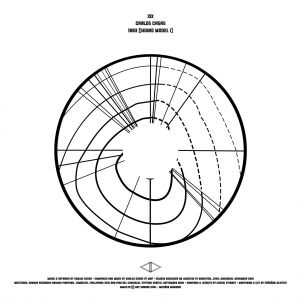 order
wishlist
An uncanny electroacoustic composition that incorporates field recordings, synthesis, and acoustic sources, among Carlos Casas's most ambitious and accomplished musical endeavors to date.
This record is part of the MMXX Series. In anticipation of the year 2020, Matière Mémoire asked 20 experimental/electronic artists to create an original 20 minutes piece and an artwork. Each record is limited to 500 copies and comes as a crystal clear vinyl featuring an original track of 20 minutes on one side, and a laser engraved artwork on the other. Each 12" is housed in a transparent sleeve printed with the MMXX logo, coming with a print of the artist artwork.

Carlos Casas (born 1974 in Barcelona) is a Spanish filmmaker and artist whose practice encompasses documentary film, cinema, sound and the visual arts. His films have been screened and have won him awards at festivals around the world, such as the Venice Film Festival, the International Film Festival Rotterdam, Buenos Aires International Film Festival, Mexico International Film Festival, CPH DOX Copenhagen, FID Marseille, etc… Retrospectives of his films have been presented at festivals and film archive screenings in Madrid, Mexico and Brussels, while his work has been exhibited and performed in international art institutions and galleries such as the Tate Modern in London, Fondation Cartier, Palais de Tokyo, Centre Pompidou in Paris, NTU CCA Singapore, HangarBicocca, and La Triennale in Milan, CCCB Barcelona, Matadero Madrid, GAM Torino, Bozar, and the Kunstenfestivaldesarts in Brussels, among others.
Since the late 2000s Carlos Casas has also occupied a remarkable double life with his work in sound, producing a handful of full lengths and EPs that span the worlds of musique concrète, electronic, electroacoustic, and ambient musical composition.
order wishlist
published in June 2021
clear vinyl with etched B-side
25.00 €
in stock