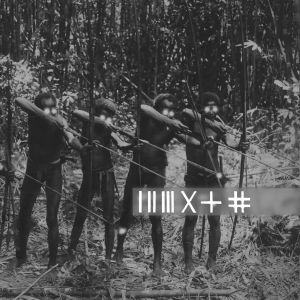 order
wishlist
A multiformat release inspired by and channeling the culture and traditions of the Aeta, an indigenous group from the Zambales region in the Philippines, some of the most ancient nomadic and hunter gathering cultures. A sonic exorcism filled with ancestral frequencies, haunted ghosts, and other animistic spirits from the Pinatubo forests, going from the realms of the real to the imaginary, from transcription to syncretism, from concrete to abstract.
"Kamana is a long due homage to the Aeta community that hosted me a few years back, fascinated by the endurance of these people and their connection to their land, devastated by the eruption of the Pinatubo volcano in 1991, they continued to go back to their ancestral lands surviving on basic agriculture and hunting bats and wild pigs. Living with them for weeks, I managed to capture some essential field recordings and sounds that form and com- pose the basis for this release, from the more reprocessed and interpreted LP release to the pure field recording documentation of the digital release. It is meant to be accessible to all and provide a window to the livelihoods of these unique communities. For this reason, this release serves as both an archival document and a syncretic one, trying to channel memories and feelings of living in these jungles whilst listening to their stories as well as witnessing their lifestyles."
Carlos Casas, 2021
Carlos Casas (born 1974 in Barcelona) is a Spanish filmmaker and artist whose practice encompasses documentary film, cinema, sound and the visual arts. His films have been screened and have won him awards at festivals around the world, such as the Venice Film Festival, the International Film Festival Rotterdam, Buenos Aires International Film Festival, Mexico International Film Festival, CPH DOX Copenhagen, FID Marseille, etc… Retrospectives of his films have been presented at festivals and film archive screenings in Madrid, Mexico and Brussels, while his work has been exhibited and performed in international art institutions and galleries such as the Tate Modern in London, Fondation Cartier, Palais de Tokyo, Centre Pompidou in Paris, NTU CCA Singapore, HangarBicocca, and La Triennale in Milan, CCCB Barcelona, Matadero Madrid, GAM Torino, Bozar, and the Kunstenfestivaldesarts in Brussels, among others.
Since the late 2000s Carlos Casas has also occupied a remarkable double life with his work in sound, producing a handful of full lengths and EPs that span the worlds of musique concrète, electronic, electroacoustic, and ambient musical composition.
order wishlist
Published by Discrepant.
published in October 2021
35.00 €
in stock
(last copies available!)