Known in the contemporary art field for his installations, Carsten Nicolai (*1965) is also one the most active figures of the Berlin electronic scene, under the aliases of Noto and Alva Noto. He works with musicians such as Robin Rimbaud (Scanner), Ryoji Ikeda, Pan Sonic's Mika Vainio or Ryuichi Sakamoto, and runs Raster Noton records: Mitchell Akiyama, Frank Bretschneider, Coh, Robert Lippok...), within which he develops sound and visual investigations. 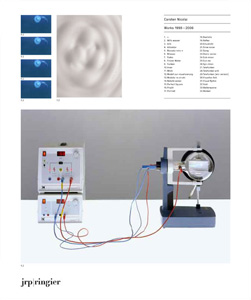