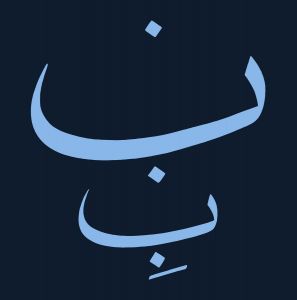 order
wishlist
The first-time vinyl edition of CC Hennix's 2014 piece "Blues Alif Lam Mim in the Mode of Rag Infinity/Rag Cosmosis," intended to reveal the blues' origins in the eastern musical traditions of raga and makam.
Having already unearthed three collections of archival '70s recordings by Catherine Christer Hennix, Blank Forms continues our annual illumination of the visionary Swedish composer's music by turning to more recent work with this first-time vinyl edition of Hennix's "Blues Alif Lam Mim in the Mode of Rag Infinity/Rag Cosmosis," a 2014 piece first released as a CD in 2016. The double album captures the April 22, 2014 premiere of Hennix's composition by by the Chora(s)san Time-Court Mirage, her expanded just intonation ensemble, featuring a brass section of Amir ElSaffar, Paul Schwingenschlögl, Hilary Jeffery, Elena Kakaliagou, and Robin Hayward; live electronics by Stefan Tiedje and Marcus Pal; and voice by Amirtha Kidambi, Imam Ahmet Muhsin Tüzer, and Hennix herself. Intended to reveal the blues' origins in the eastern musical traditions of raga and makam, "Blues Alif Lam Mim in the Mode of Rag Infinity/Rag Cosmosis" has its roots in Hennix's 2013 realization of an "Illuminatory Sound Environment," a concept developed in 1978 by anti-artist Henry Flynt on the basis of Hennix's own "The Electric Harpsichord."
As Hennix explains in Other Matters, Blank Forms' 2019 collection of her writings: "Rag Infinity/Rag Cosmosis presents fragments of 'raga-like' frequency constellations following distinct cycles and permuting their order, creating a simultaneity of 'multi-universes.' When two such 'universes' come in proximity of each other and begin unfolding simultaneously along distinct cycles, there is a kaleidoscopic exfoliation of frequencies as one universe is becoming two, but not separated—the effect of cosmosis is entrained, binding two or more frequency universes into proximity where their modal properties interact and blend, creating in the process entirely new microtonal constellations in an omnidirectional simultaneous cosmic order with phenomenologically 'transfinite' Poincaré cycles (cyclic returns to initial conditions)." As with Hennix's best work, the organic unfolding of this quivering drone belies a precision that opens onto the infinitesimal. Upon its mesmerizing ebb and flow, the vocalists incant a devotional poem written in Arabic by Hennix and featuring quotations from the Quran. Also reproduced on the album's gatefold jacket, Hennix's reduction of the sacred text to its most elegant formulation invites the contemplator to bring their inner knowledge to the composition for use as a prompt for meditation. Yet the piece offers depth to even the most secular listener willing to immerse themselves in music brimming with such serene intensity.
Best known as a composer, Catherine Christer Hennix has, throughout her fifty-plus-year career, produced innovative work in the fields of not just minimal and computer music, but psychoanalytic theory, intuitionist mathematics, poetry, and prose as well. Born in Stockholm in 1948, Hennix became involved with the local jazz and electronic music communities while in her teens, meeting visiting musicians such as Eric Dolphy and Albert Ayler, studying with trumpeter Idrees Sulieman, and becoming a member of the Elektronmusikstudio. In the late 1960s Hennix traveled to New York City, where, through Åke Hodell, she met Dick Higgins and, in turn, many other members of the New York avant-garde, including La Monte Young, who would become a formative figure for Hennix and introduce her to both Henry Flynt and her eventual guru, Pandit Pran Nath. In the ensuing decades Hennix has continued to compose and perform music in a variety of formations, including in Flynt's Dharma Warriors, a quartet with Arthur Rhames, and more recently, with her own Chora(s)san Time-Court Mirage. Hennix's ongoing explorations of mathematics, meanwhile—namely, the work of L.E.J. Brouwer—have led to teaching positions at SUNY-New Paltz and at MIT, and an extended collaboration with Alexander Esenin-Volpin.
Chora(s)san Time-Court is an ensemble founded by Catherine Christer Hennix, featuring Amelia Cuni, Amir El-Saffar, Elena Kakaliagou, Hilary Jeffery, Imam Ahmet Muhsin Tüzer, Michael Northam, Paul Schwingenschlögl, Robin Hayward, and Stefan Tiedje.
order wishlist
published in June 2021
36.00 €
in stock