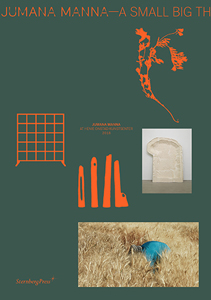 wishlist
New monograph.
Jumana Manna has emerged on the international art scene as a unique voice among her generation. Her work in film and sculpture explores how power is articulated through relationships, often focusing on the body and materiality in relation to narratives of nationalism and histories of place. This book accompanies the first solo museum presentation of the artist in the Nordic region, at Henie Onstad Kunstsenter, and traces her distinctive work.
Manna was born in the United States and grew up in Jerusalem. Her relationship to Norway began in 2006 when she was a student at the Oslo National Academy of the Arts, and started an artistic inquiry into the relations between her home territory—Palestine—and this new Arctic country. Manna has developed a body of work that has received acclaim from the region's local artistic community; in 2017, she was among the artists chosen to exhibit at the Nordic Pavilion at the 57th Venice Biennale.
The title of the current publication reveals the various connotations of scale present in Manna's practice. From the flat film screen to the three-dimensional space of her sculptures, scale is an instrument for Manna's archaeological explorations of classification methods and biological processes. Included in this book are stills from the film Wild Relatives (2018), a meditative documentary capturing the transit of seeds between the Svalbard Global Seed Vault in Norway and the fields of the Bekaa Valley in Lebanon. Alongside the film are two installations that question archival practices and plant taxonomy (Cache (Insurance Policy), 2018; and Post Herbarium, 2016). The remaining two installations present the fragmented body in relation to its location (Adrenarchy, 2018; and The Contractor's Heel, 2016).
Ana María Bresciani writes about Manna's investigations into scale and her focus on the migration of agricultural practices, regional cultures, and botanical species. Manna and the agronomist Salvatore Ceccarelli discuss the sharing of agricultural heritage and the safeguarding of the earth's vital resources as well as the cultural importance of groups that are tasked with managing and securing the biological diversity of their respective localities. An essay by curator Ruba Katrib considers Manna's inquiry into  cultural stability with regard to the ancient cultures of the Levantine, and the reigning external-environmental and social forces responsible for creating a stable culture.
Published on the occasion of the eponymous exhibition at Henie Onstad Kunstsenter, Høvikodden, in 2018-2019.
Jumana Manna, born 1987, is an American born Palestinian artist based in Berlin. She is a graduate of CalArts and a graduate of both the National Academy of the Arts Oslo and the Bezalel Academy for Arts and Design in Jerusalem. She makes films and sculptures that explore the ways in which social, political and interpersonal forms of power interact with the human body. Her films weave together fact and fiction, biographical and archival materials, to investigate constructions of national and historical narratives. Her sculptures, more abstract by comparison, take interest in the calcifications of memory, as represented by the artefact real or forged.
Recent solo exhibitions include venues such as Chisenhale Gallery, London, UK (2015); Malmö Konsthall, SE (2016); Beirut Art Center, Lebanon (2015); and Sculpture Center, New York, USA (2014). She has participated in group exhibitions at Kunsthalle Wien, Liverpool Biennial, 20th Biennale of Sydney, Marrakech Biennale 6, The Jerusalem Show VII, Al Ma'mal Foundation, and Henie Onstad Kunstsenter, Bærum. Her films have been screened in festivals such as the 54th Viennale International Film Festival, 66th Berlinale Forum and IFFR Rotterdam. Manna was awarded the A.M. Qattan Foundation's Young Palestinian Artist Award in 2012, the Ars Viva Prize for Visual Arts 2017, and was a nominee of the Preis der Nationalgalerie für junge Kunst in Berlin.
wishlist
Edited by Ana María Bresciani.
Contributions by Ana María Bresciani, Ruba Katrib, Salvatore Ceccarelli. 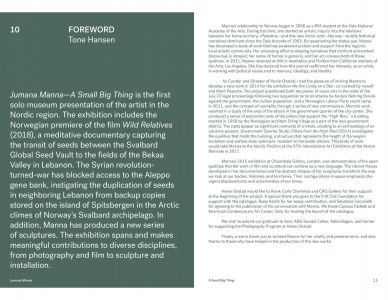 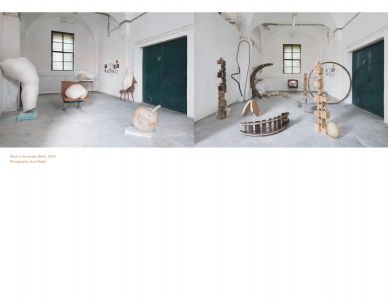 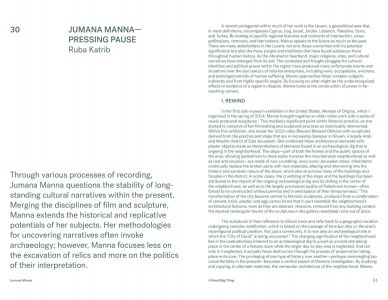 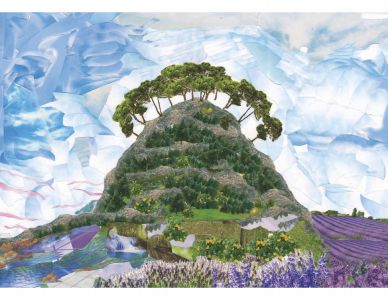 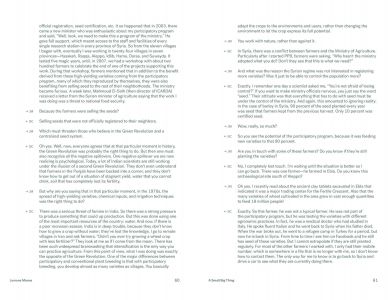 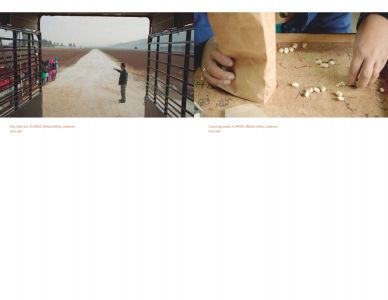 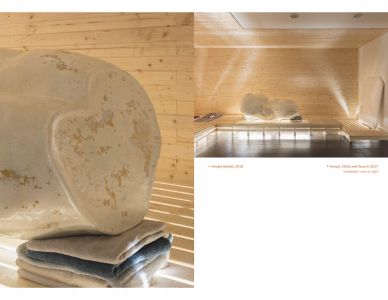 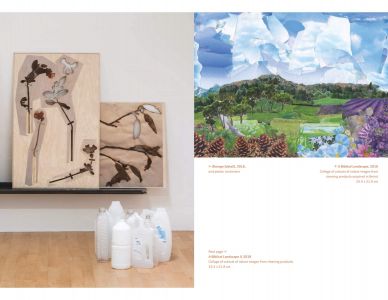