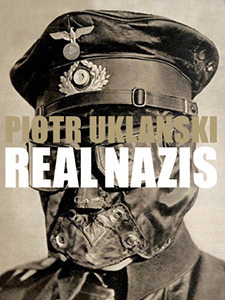 This artist's book compiles true propaganda photographs of the Third Reich with stills from actors playing Nazis in Hollywood movies: a radical commentary on our alarming present condition, in which the lines between populist and fascistic politics are increasingly blurring.
Glamorous impersonations of evil: In the fall of 1999 Edition Patrick Frey published The Nazis, which soon became a legendary cult book. It has long since been out of print and remains highly coveted to this day.
While The Nazis showed stills of actors playing Nazis in various Hollywood movies, Polish artist Piotr Uklańksi has now juxtaposed them with the real thing: Nazi party bigwigs, decorated “war heroes” and war criminals. Painstakingly culled from a great many different archives, this follow-up compilation superimposes fact on fiction, the stagey, propagandistic imagery of the Third Reich on the mockup Nazi iconography of Hollywood, revealing an uncanny, even spooky, resemblance between the play-acting and real-life exponents of evil. Real Nazis, using the same format and production values as its predecessor, is the “real” brother that now seems an ugly reflection of that “glamorous” artist's book The Nazis.
So who are the “real” Nazis in this picture puzzle? What qualifies as constituting a bona fide Nazi? Which pictures are “real” and which are “fake”? All of them? None of them?
This play of mirrors serves as a radical commentary on our alarming present condition, in which the lines between populist and fascistic politics are increasingly blurring. Then as now: “Beneath all the insignia and accoutrements of evil lurks the iconography of media kitsch and ridicule. It's all about the power of costumes and the costumes of power, about the glamour of evil, the glistening shine of fake medals made of fake gold.” Uklański's Real Nazis is coming out on the occasion of the opening of the Documenta 14 on June 7, 2017 in Kassel, Germany.
Published on the occasion of the eponymous exhibition at Documenta 14, Neue Galerie, Kassel, from June 7 to September 17, 2017.
Piotr Uklański (born 1968 in Warsaw) as emerged on the New York art scene in the mid-90s with an emblematic artwork, the Untitled (Dance Floor)—a sculpture that integrates the legacy of minimalism with the blurring of art and entertainment that characterizes the current era.
Dividing his time between New York and Warsaw, Uklański has constructed a diverse body of work that exploits as many types of media (sculpture, photography, collage, performance, and film) as it promiscuously absorbs cultural references. His work has been internationally exhibited in various contexts including the Museum of Modern Art and the Solomon R. Guggenheim Museum in New York, The 50th International Art Exhibition La Biennale di Venezia 2003, the 26th Sao Paolo Biennale 2004, Centre Pompidou in Paris, Ludwig Museum in Cologne, Kunsthalle Basel, Wiener Seccession, and Palazzo Grassi in Venice.
Graphic design: Hanna Williamson-Koller.
published in June 2017
English edition
18,8 x 25,3 cm (hardcover)
272 pages (250 color ill.)
ISBN : 978-3-906803-52-4
EAN : 9783906803524
sold out 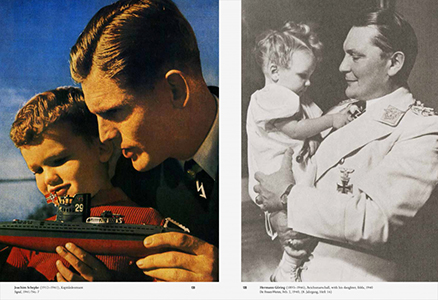