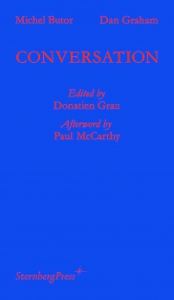 order
wishlist
In the fall of 2013, Dan Graham and Mieko Meguro traveled with Donatien Grau to a town in the French Alps to meet Michel Butor, one of the foremost innovators of postwar literature. This is their conversation.
“One day I went to interview Dan Graham about the legendary John Daniels Gallery in New York, which he ran from 1964 to '65. Right after I arrived, Dan started talking to me about Michel Butor and his fascination with the writer's work back in the 1960s. I merely asked: ‘And did you ever meet him?' Dan answered: ‘No. Some people wanted to introduce us, but it never happened.' I asked: ‘And would you like to meet him?' And he said, with his very own smile: ‘Of course I would.'”
Donatien Grau
Michel Butor (born 1926 in Mons-en-Barœul, France) is a writer, essayist and poet. He redefined the genre of the novel, notably with Second Thoughts (1957), further developing new forms with Mobile (1962). During the Sixties, he engages in an experimental way, writing travel stories, dream narratives and other fundamental works with painters, musicians and photographers. Also a teacher in such places as Egypt, Manchester and Geneva, Butor the traveler is the recipient of numerous literary prizes.
Dan Graham (1942-2022) was a highly influential figure in the field of contemporary art, both as an artist and as a well-respected critic and theorist. He was the founding director of the John Daniels Gallery (1964–1965), where he presented Sol LeWitt's first solo exhibition and showed works by Donald Judd, Dan Flavin, and Robert Smithson. Graham is known for his early conceptual work for magazines, his groundbreaking video work, and his site-specific architectural pavilions.
order wishlist
Edited by Donatien Grau.
Afterword by Paul McCarthy. 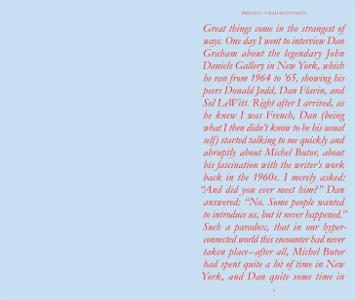 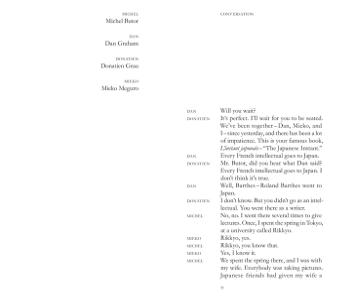 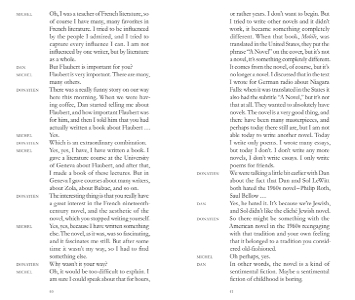 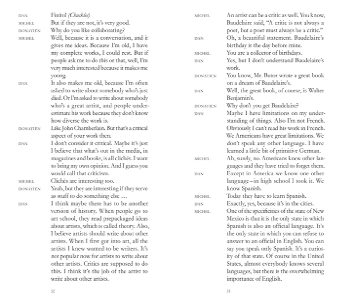