Joshua Bonnetta (born 1979) was raised between Mazinaw (Bon Echo) Lake and Leskard, Canada. He is an interdisciplinary artist working with film, video and sound in various modes of theatrical exhibition, performance and installation working between Ithaca and Brooklyn, NY. His work explores how history, technology and lived experience shape the phenomenological encounter of place and the role that projection plays in the perception of cinema and environment.
His work has exhibited at The Berlinale, The Toronto International Film Festival, The New York Film Festival, The Edinburgh Film Festival, The Images Festival, Mutek International Festival of Electronic Music, European Media Arts Festival, Rotterdam International Film Festival amongst others. In 2009 he won the National Film Board of Canada Award for Best Emerging Canadian Film / Video artist from the Images Festival.
He holds a BFA in Film and Video Production from York University in Toronto and an MFA in Studio Arts from Concordia University in Montreal.
He is an Assistant Professor in the department of Cinema, Photography and Media Arts at Ithaca College in New York state where he teaches Film, Video and Sound Art. 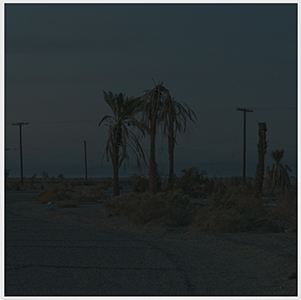 Lago (vinyl LP)
2016
French edition
Shelter Press - Records
An acoustic portrait of the Salton Sea in the Southern California desert developed as part of a joint project by Bonnetta and photographer Ron Jude.