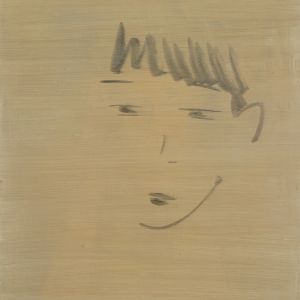 order
wishlist
The third collaboration between Félicia Atkinson and Jefre Cantu-Ledesma—their first album produced together in the same studio: an electroacoustic, poetic, fluid and sensitive dialogue between the two experimentalists.
From its earliest utterances, experimental music has been particularly disposed to transnational and cross-cultural collaboration. Seeking the answer for a fundamental problem—how to transcend the boundaries of difference, distance, and time—it presents a means to find common ground and communicate through the elemental form of sound. Over the last 5 years, this precisely what the duo of Félicia Atkinson & Jefre Cantu-Ledesma has achieved, intertwining sublime sonorities across the geographic expanses between their respective homes in France and the United States. Their third album for Shelter Press, "Un hiver en plein été" ("A winter in the middle of summer")—the first to have been largely recorded by Atkinson and Cantu-Ledesma together in the same space—distills a mesmerizing pallet of acoustic and electronic sources into an open discourse of radically poetic forms, offering glimpses of warmth and intimacy waiting in the post-covid world to come.
Both veteran experimentalists with celebrated bodies of solo work behind them—each traversing the challenges of electroacoustic practice in their own singular ways—prior to their first recorded outing in 2016, Félicia Atkinson and Jefre Cantu-Ledesma had only crossed paths in person once, initially meeting in San Fransisco during 2009. The mutual bond formed during that brief encounter flowered into their first LP, "Comme Un Seul Narcisse", followed two years later by 2018's "Limpid As The Solitudes". Both recorded remotely—sending files back and forth, fortified by conversations on a vast range of subjects—these two albums were guided by impassioned conceptual nods to Guy Debord, Baudelaire, Brion Gysin and Sylvia Plath, while seeking resolutions for the challenges and unique possibilities that working at a distance provoked.
Where the triumphs of its predecessors rose from the bridging of disparate moments and divergent spaces, "Un hiver en plein été" culminates as a celebration of closeness, a result of Atkinson and Cantu-Ledesma working together in the studio, responsively in real time, for the first time. Recorded in Brooklyn during August of 2019—a handful of months before the pandemic would impose chasmic distances across the globe—its six discrete works, carefully crafted and finalized over the ensuing year, evolve seamlessly across the album's two sides, weaving a sprawling tapestry of sonority, within which both artists retaining their own voices and visions, while drawing each other towards uncharted ground.
Atkinson likens the recording of "Un hiver en plein été" to have been akin to "a playground", each artist "hungry for each sound, a bit like the rush in the Louvre in Godard's Bande à part", to which Cantu-Ledesma adds that the process seemed to have had "a mind of its own", with both "along for the ride". This organic sense of entropy and enthusiasm—a joyous exploration of the unknown—guides the momentum of the album's evolving arc, as unfolding chasms of ambient space ripple with humanity, life, and fleeting glimpses of the actions that led to its material core.
Crafted from deconstructed melodic elements and drifting long-tones—laden with subtle nods to Indian classical ragas and free jazz—searching patterns of speech, textural elements captured within the studio and the outside world, and searching tonal and percussive interventions, "Un hiver en plein été" coheres as a multi-faceted series of electroacoustic dialogues; nesting conversations between two artists working at the juncture of abstraction and narration, field recording and harmony, and the philosophical and phenomenological, in search for the meaning of friendship, and its manifestation in pure sound.
Experimental musician, sound and visual artist Félicia Atkinson (born 1981) lives on the wild coast of Normandy (France). She has played music since the early 2000s. She has released many records and a novel on Shelter Press, the label and publisher she co-runs with Bartolomé Sanson.
For Félicia Atkinson, human voices inhabit an ecology alongside and within many other things that don't speak, in the conventional sense: landscapes, images, books, memories, ideas. The French electro-acoustic composer and visual artist makes music that animates these other possible voices in conversation with her own, collaging field recording, MIDI instrumentation, and snippets of essayistic language in both French and English. Her own voice, always shifting to make space, might whisper from the corner or assume another character's tone. Atkinson uses composing as a way to process imaginative and creative life, frequently engaging with the work of visual artists, filmmakers, and novelists. Her layered compositions tell stories that alternately stretch and fold time and place, stories in which she is the narrator but not the protagonist.
Félicia Atkinson has collaborated with musicians including Jefre Cantu-Ledesma, Chris Watson, Christina Vantzou, and Stephen O'Malley, and with ensembles including Eklekto (Geneva) and Neon (Oslo). She has performed at venues and festivals including INA GRM/Maison de la Radio and the Philharmonie (Paris), Issue Project Room (NYC), the Barbican Center (London), Le Guess Who (Utrecht), Atonal (Berlin), Henie Onstad (Oslo), Unsound (Krakow), and Skanu Mesz (Riga). Her work has been commissioned by filmmakers (Ben Rivers, Chivas de Vinck) and fashion houses (Prada, Burberry). She has exhibited in museums, galleries, and biennials including RIBOCA Biennale (Riga), Overgaden (Copenhagen), BOZAR (Brussels), Espace Paul Ricard (Paris), and MUCA ROMA (Mexico City).
Jefre Cantu-Ledesma is a San Francisco-based multi-instrumentalist, founder of music label Root Strata, a founding member of Tarentel and a member of many other bands (The Holy See, The Alps, Moholy-Nagy, Isidore Ducasse, Josephine, Raum).
order wishlist
Mastering: Stephan Mathieu.