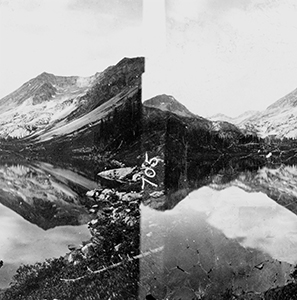 wishlist
An electroacoustic meditation on memories and on the persistence of the aura in a particular place, inspired by Thomas Mann's The Magic Mountain.
“Few years ago, an idea germinated while reading The Magic Mountain by Thomas Mann. An idea not driven by the narrativity of the book, but by the traces and the aura invoked in it. That was it: an audible auratic journey trough the memories of a place lost in the heights of the Swiss mountains.
A century after the events depicted in the book, we went where the story took place, trying to capture the remaining sounds that could have been heard at the time, and the ghosts who might have still wandered around.
Zauberberg is based on these captures, on recordings of the music played by Hans Castorp (the novel's main character), on acoustic / electronic instrumentation and digital processing. The result is an evokation of time and duration, an exploration of what remains and what is lost, a meditation of the dissolution and persistence of the aura surrounding everything.”
Kassel Jaeger, Nov. 19, 2015
SHELTER PRESS · KASSEL JAEGER / STEPHAN MATHIEU / AKIRA RABELAIS 'Four Szenes From Zauberberg' (SP068)
Kassel Jaeger (François J. Bonnet) is a Franco-Swiss composer and electroacoustic musician based in Paris. In addition to being Director of INA GRM, he is also a writer and theoretician. As a musician, he has been collaborating with artists such as Oren Ambarchi, Giuseppe Ielasi, Stephan Mathieu, Stephen O'Malley, Jim O'Rourke, Akira Rabelais or James Rushford.
Kassel Jaeger's works are a complex balance between concrète experimentalism, ambient noise, and electroacoustic improvisation. He has released several albums on various labels such as Editions Mego, Shelter Press, Black Truffle, Senufo Editions, Latency… His music has been played in renown venues and festivals all over the world such as Whitney Museum of American Art (US), Super Deluxe (JP), Atonal (DE), Accademia Chigiana (IT) Harvard Museum of Natural History (US), CTM (DE), SFEMF (US), El Nicho (MX), Ultima (NO), Elevate (AT) Madeiradig (PT), Donau Festival (AT)…

See also François J. Bonnet.
Stephan Mathieu (born 1967, lives and works in Bonn, Germany) is a German musician, founder of music label Schwebung and member of ambient band Main.
Akira Rabelais (born 1966, South Texas, lives and works in Los Angeles) is a composer, software developer and author. His software, “Argeïphontes Lyre,” allows audio and visual manipulations with morphologies and distorted sounds. Akira studied composition, electronic music and orchestration with Bill Dixon. He earned a Master degree under the direction of Morton Subotnick and Tom Erbe at California Institute of the Art. According to Rabelais, writing software can be compare to writing poetry.
wishlist
Mastered by Rashad Becker at D+M.