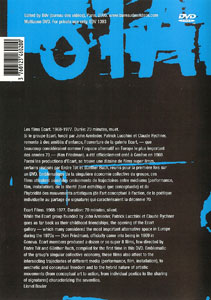 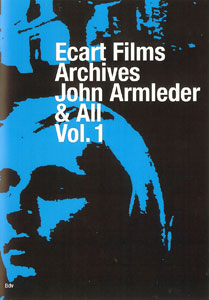 wishlist
Super 8 films of the Ecart group, founded by John Armleder, Patrick Lucchini, and Claude Rychner.
While the Ecart group goes as far back as their childhood friendships, the opening of the Ecart gallery - which many considered the most important alternative space in Europe during the 1970s - (Ken Friedman), officially came into being in 1969 in Geneva.
Ecart members produced a dozen or so super 8 films, few directed by Endre Tét and Günther Ruch, compiled for the first time in this DVD.
Emblematic of the group's singular collective ecoriomy, these films also attest to the intersecting trajectories of different media (performance, film, installation), to aesthetic and conceptual freedom and to the hybrid nature of artistic movements (from conceptual art to action, from individual poetics to the sharing of signatures) characterizing the seventies.
One of the most important and admired artists of the last decades of the 20th century and of the 21st, John M Armleder (born 1948 in Geneva) has created multiple and fertile bodies of work spanning all artistic disciplines, from his distinctive Furniture Sculptures to his Fluxus performances within the Écart collective, from his diverse painting series to his drawing practice, from his striking installations and wall paintings to his numerous works created in collaboration with artist friends.
wishlist
Edited by BDV (Bureau des vidéos - www.bureaudesvideos.com).
published in 2006
bilingual edition (English / French)
Multizone DVD, 70 mn, silent
ISBN : 978-3-905701-80-7
EAN : 9783905701807
sold out
table of contents
view video sample
http://www.bureaudesvideos.com/bdv/php/pr_hi.php?m=ecart 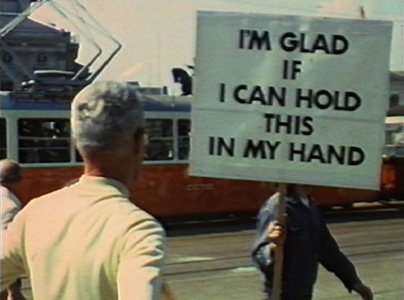