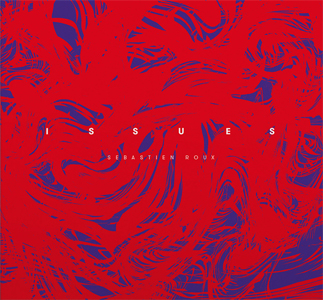 order
wishlist
Issues results from the invitation made to Sébastien Roux to compose from the six issues' collection of the contemporary art magazine about sound Volume, released between 2010 and 2013, using the textual corpus as a generator of scores to write and eventually have performed.
And so, as a follow-up to some of the projects that periodically interacted with the printed version of the review, you will now be able to listen to Volume through this record, the six sound pieces of which respectively “translate” each issue according to a specific protocol. An opportunity to delve into Volume (again), thereby extending, by renewing them, the presence and reading of the review.

Beyond his interpretation of Volume, Sébastien Roux also uses sonic elements from the texts – themselves the products of observation and listening – to invite us to reflect on the notions of process and relationship to sounds. This may be seen as an indirect way of calling into question the excessive primacy that electroacoustic music sometimes gives to sound at the expense of form, since the infinity of possibilities might place the subjectivity of the creator in a hegemonic posture. Faced with this danger, Sébastien Roux affirms the potential that constraint, procedure, and constructing from a given material provide. His work balances on the fragile, thin, and subtle line between the will to embrace the whole field of possibilities and that of trying not to place itself outside or above this field, but rather at the heart of it. John Cage described this line in his own way when, in one of his memorable phrases, he made the assumption of a “purposeful purposelessness.”
—Christophe Gallois, art critic and curator at MUDAM (Luxemburg)
sebastien roux · ISSUE 5
Composer Sébastien Roux (born 1977) writes electronic music, and presents it in diverse formats, from CD's and records, to public guided listening sessions using speaker systems, concerts with projection of graphical scores, sound installations, sound walks, site specific performances, and radio pieces. Sébastien Roux imagines new listening situations. He uses algorithms, games, movement, spatialisation, and diagrams to articulate two complementary notions: the perception of form and the forms of perception. In 2011 he began to develop an approach focused on principles of translation, analyzing the structures of preexisting art works (visual, musical, literary) and transposing them into scores for new works (radiophonic or electroacoustic taped music). He regularly collaborates with Célia Houdard (writer), Olivier Vadrot (designer), DD Dorvilliers and Sylvain Prunenec (choreographers). He has a multidisciplinary master's degree in sciences and technologies for music from IRCAM.