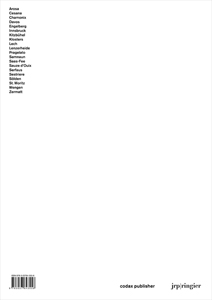 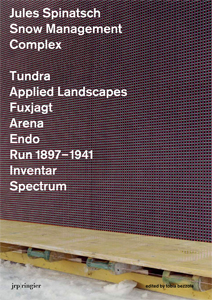 order
Critical photography.
Since the 18th century, the Swiss Alps have been considered the epitome of sublime nature. But today the survival of the winter sports industry is in question, as the promises of eternal snow through technology have turned out to be an empty promise.
In "Snow Management - Complex," Jules Spinatsch presents his photographic series documenting ski slopes being prepared at night. Under the glare of cold floodlights, machines noisily turn nature into a tourist experience, with snow cannons at full blast and bulldozers flattening the slopes. The photographs evoke the cold emptiness of stills from a science-fiction film about a barren planet being made habitable. This oeuvre makes manifest the technology, staging, and mediatization that have become the basis of contemporary life.
The seven chapters in this publication, developed after Spinatsch won the international BMW Prize at Paris Photo for the best first photographic series, also includes the artist's collection of historical postcards of the Alps, and a series of medical still lifes. With contributions by Tobia Bezzola and Walter Keller.
Born 1964 in Davos, Jules Spinatsch lives and works in Zurich and Vienna.
His work has been shown at The Museum of Modern Art, New York; Tate Modern, London; SFMoMA, San Francisco; Casino Luxembourg; Kunsthaus Zürich; Kunsthaus Zug; Haus der Kunst, Munich; and Fotomuseum Winterthur, among others.
order
Edited by Tobia Bezzola, Markus Bosshard, Jürg Trösch.
Texts by Tobia Bezzola and Walter Keller. 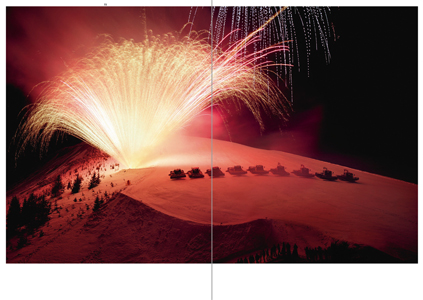 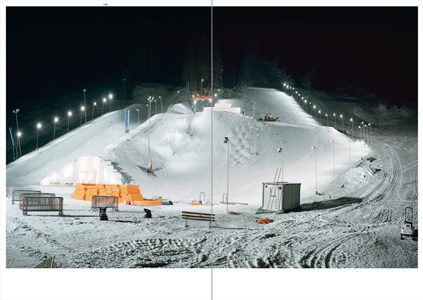 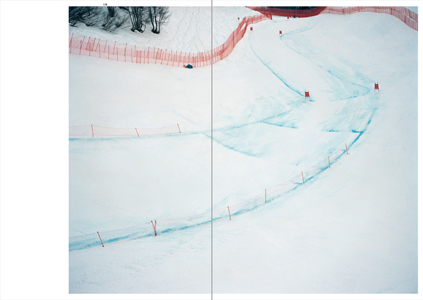