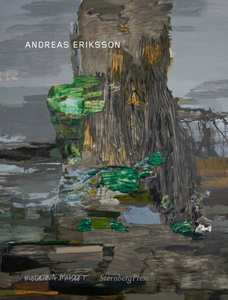 Monograph based on Swedish artist's project for the Nordic Pavilion at the 54th Venice Biennale.
See also: Fia Backström.
Andreas Eriksson (born 1975 in Björsäter, Sweden) employs a variety of techniques and media, including painting, sculpture, photography, installation art and, more recently, film. He works conceptually, but with a finely-tuned visual sensibility. In recent years, his work has been intimately linked to the place where it is created, the rural terrain outside his studio in Västmanland. In the late 1990s, Andreas Eriksson was living and working in Berlin, caught up in an intense phase of his burgeoning international career, with numerous major exhibitions, when he began to suffer from electromagnetic hypersensitivity. He was forced to move far away from the city, from densely populated areas, and the electromagnetic fields of urban life. Andreas Eriksson's art has always been strongly associated with the context in which it is produced, his life and surroundings. In consequence, these radical changes in his existence are also reflected in his work. Trivial events and observations from everyday life and nature set off his metaphorical and existential contemplations.
Texts by Daniel Birnbaum, Jennifer Higgie, Hans Ulrich Obrist, Magnus af Petersens.
published in September 2011
bilingual edition (English / Swedish)
21,7 x 28 cm (softcover)
176 pages (80 color ill.)
ISBN : 978-1-934105-57-3
EAN : 9781934105573
sold out