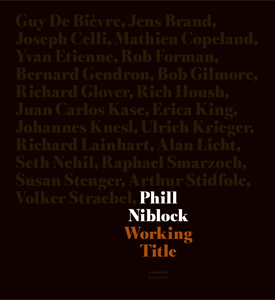 order
wishlist
An overview of Phill Niblock's work since the 60's, through about twenty essays and interviews by musicologists, art critics and historians, various documents, scores, and more than 8 hours of videos on 2 double layer DVDs.
With a career spanning more than 40 years, Phill Niblock has not only proven himself as one of the most preeminent composers of the American musical avantgarde, but also an accomplished filmmaker and performer. He is also revered as an events producer through his Experimental Intermedia Foundation, providing a venue and a label that has been of great assistance to numerous other artists and musicians in helping to make their work known.
This bilingual book (French / English) provides an in-depth look at all these activities, through various essays and interviews, either newly written, previously unpublished, or that have never been available in French before. These were written by very different people—from musicians who have played Niblock's music, to fellow composers, from long-time friends to specialized musicologists and art historians. They discuss such various matters as musical and cinematographic aesthetics, psychoacoustic processes, historical background, philosophical insights and technical advice for playing the music, or just give their personal recollections of time spent together with Niblock.
The book is accompanied by 2 double-sided DVDs of atypical videos: Remo Osaka, a continuation of The Movement of People Working series, with a quite peculiar soundtrack; two separate DVDs of the Anecdotes from Childhood, best viewed together as an installation; and Katherine Liberovskaya's 70 for 70 (+1), Seventy (one) Sides of Phill Niblock, realized in 2003/2004 on the occasion of his 70th birthday, which portrays the composer through memories recounted by friends and relatives. With writings by Phill Niblock, Rich Housh, Erika King, Guy de Bièvre, Volker Straebel, Richard Glover, Alan Licht, Seth Nehil, Rob Forman, Johannes Knesl, Arthur Stidfole, Juan Carlos Kase, Raphael Smarzoch, Jens Brand, Bob Gilmore, Ulrich Krieger, Richard Lainhart, Bernard Gendron, Susan Stenger, Mathieu Copeland, and liner notes from the first two LPs.
One of the most important multimedia artists of his generation, American minimalist composer, filmmaker and video artist Phill Niblock (born in 1933 in Anderson, Indiana, lives and works in New York) has produced a multidisciplinary work. His “Intermedia Art” features a combination of minimalist music, conceptual art, structural cinema, systematic or even political art, and has actively contributed to transform our perception and experience of time.
Admittedly one of the greatest experimental composers of our time, Phill Niblock initiated his career as a photographer and film director. A jazz passionate, he moved to New York in 1958 where he started photography In the mid-1960s, specializing in portraits of jazz musicians (Duke Ellington, Charles Mingus, Billy Strayhorn...). In the middle of the 1960s, he made his first films for the dancers and choreographers of the Judson Church Theater. From 1968 on, Phill Niblock focused on music and composed his first pieces, which, according to the artist, should be listened to at loud volume in order to explore their overtones. He pursued his film projects independently with The Movement of People Working, a series of films lasting over 25 hours, made between 1973 and 1991, in which the repetitive nature of work movements acts as a direct echo to his musical compositions.
Since the mid-1960s, his analogue photographic work explores New York's architecture and urban planning. The sequencing and layout of his images offer a mapping of the location and object photographed, such as the areas in South Bronx (1979) fallen into disuse or the facades of SoHo Broadway district (1988). Phill Niblock is particularly interested in the screening of moving images – films and slideshows. Produced between 1966 and 1969, Six Films, a series of short films with sound realized with 16mm film, heralds his experimental method through portraits of artists and musicians such as Sun Ra and Max Neuhaus.
In 1968, the artist started experimenting a combination of his visual productions with his musical scores in order to create sound architectural and environmental compositions. Recreated by the artist for the first time since its last presentation in 1972 for the purpose of this exhibition, the Environments series extracts the reality of different surroundings through images, all the while generating a dense and intense temporary environment of projected images, music and movements throughout the museum space.
Phill Niblock is the director of Experimental Intermedia, a foundation born in the flames of 1968's barricade-hopping.
order wishlist
Edited by Phill Niblock and Yvan Etienne.
Texts by Phill Niblock, Bob Gilmore, Guy De Bièvre, Johannes Knesl, Mathieu Copeland, Jens Brand, Rob Forman, Seth Nehil, Raphael Smarzoch, Richard Glover, Volker Straebel, Ulrich Krieger, Susan Stenger, Richard Lainhart, Juan Carlos Kase, Erica King, Rich Housh, Alan Licht, Bernard Gendron, Arthur Stidfole.
Videos by Phill Niblock and Katherine Liberovskaya. 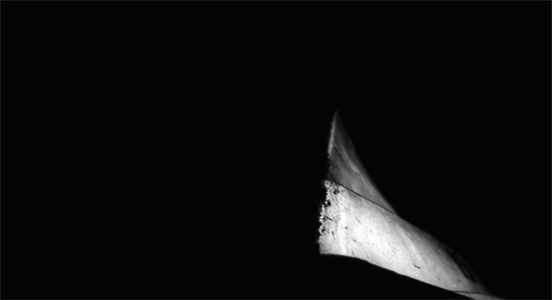 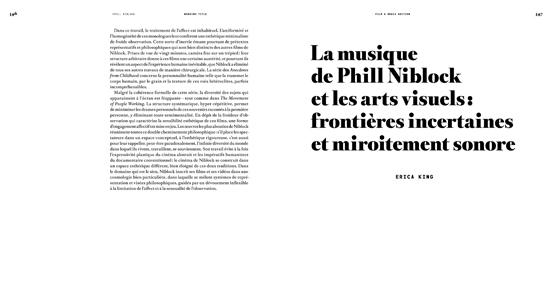 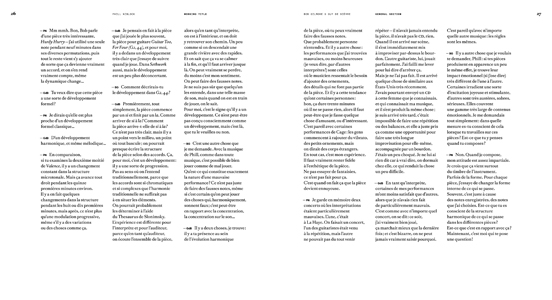 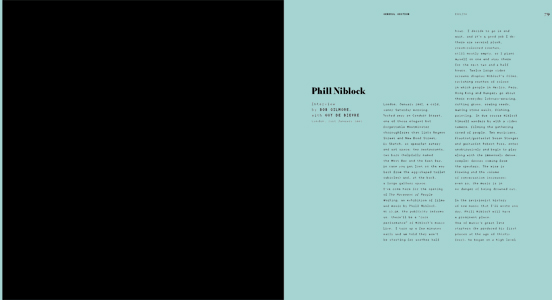 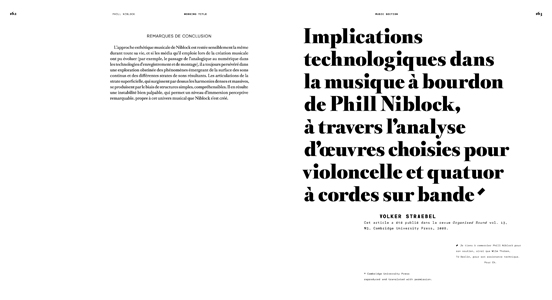 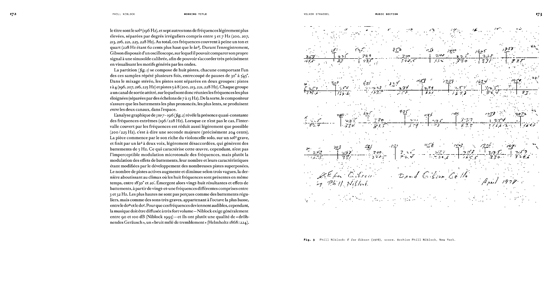 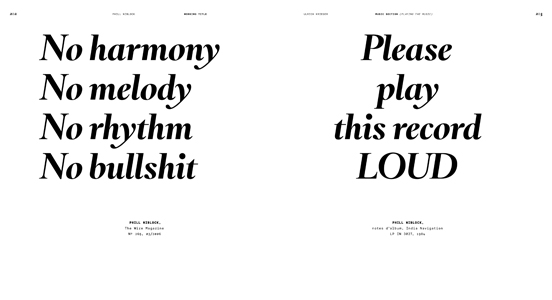 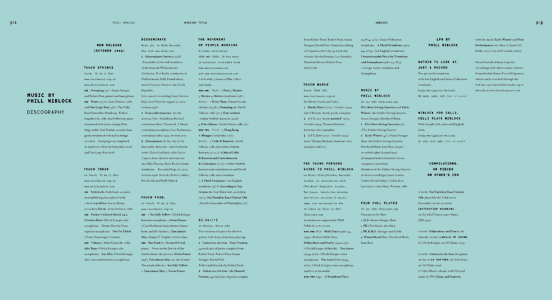