Alan Licht (born 1968) is a writer, musician, and curator based in New York City. He is equally known for his guitar work in the underground rock bands Run On and Lovechild and in the experimental groups the Blue Humans and Text of Light. He has released numerous solo guitar albums and duo and trio records of improvised music, collaborating with avant-garde musicians such as Jim O'Rourke, Loren Mazzacan Connors, Rudolf Grey, Lee Ranaldo and Aki Onda.
Licht is a contributing music editor at BOMB magazine and his essays and reviews have appeared in Artforum, Parkett, The Wire, The Believer, Sight & Sound, and many other publications. He is the author of An Emotional Memoir of Martha Quinn, an extended personal essay about coming of age as a rock fan and musician; Sound Art: Beyond Music, Between Categories, the first full-length study of sound installations and sound sculpture to appear in English; and Sound Art Revisited, an updated version of the latter, published in 2020; and he is a coauthor of Will Oldham on Bonnie "Prince" Billy, a collection of interviews with Will Oldham, and, with Cory Arcangel and Howie Chen, the concert transcription compilation Title TK 2010–2014. 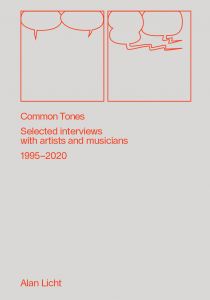