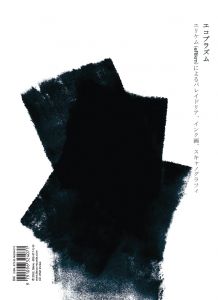 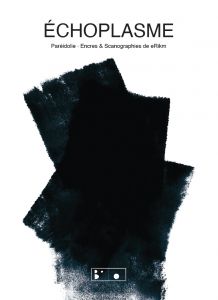 order
wishlist
A series of ghostly ink drawings and scanographs by eRikm, accompanied by a mixed sound piece, with sound texts freely inspired by fragments of stories about the universe of the Yokai, these ghosts and supernatural creatures that inhabit Japanese mythology, between hypnotizing soundscapes and bewitching instrumental devices.
"Or bringing out the invisible, summoning ghosts. Having, to my knowledge, never encountered any ghost or other ectoplasm, the idea of representing some of them in graphic form seemed to me perilous. Only clichés came to mind. After a few sinister sketches, these croquades animated my taste for allegory. Just as I did when I first met the HANATSUMiroir ensemble, I took the Styx and grimaced in ashes.
The antechamber where we had met was a cramped, windowless space. In order to minimize the resonances of this thankless volume, we fixed at arm's length black legs on the walls. The room swelled with funereal waves under a neon sky. In this tormented atmosphere, the strange feeling of not being three, but four entities, was the trigger for Echoplasme. Flautist Ayako Okubo seemed to share the same feeling: she cautiously confided to me that it was certainly a yōkai. Being a novice on the subject, Ayako introduced me to this component of Japanese culture. Yōkai can be a spirit, an object or an animal. They often manifest themselves first, by noises in the dark.
The genesis of this musical piece was developed on listening to what came out of nothingness. From the gray point chaos, either the pictorial avant-garde of Paul Klee or the struggles with the ghosts of Francis Bacon before painting. 'Before painting, many things happened. Get rid of everything that weighs, of everything that precedes, even before the painting is started.'
Not wanting to be subject to my own conveniences—namely my practice of figurative drawing—I threw ink on limestone or wood. Make my own tools. To venture into territories of paper whose purpose is to reveal in everyone, a pareidolia.
These acts are improvisations, gestures fixed on paper. They are intimately linked to my practice of sound, to walking, to meditation. This series of inks and scans is a non-exhaustive selection made during the 2020 syndemy. With the dryness of my inks, these necromantic blandices have dissolved."
eRikm
Music by eRikm (composition & mixing, live electronics) with HANATSUmiroir (Ayako Okubo: flutes; Olivier Maurel: percussions and electro-magnetic device; Ayako Okubo, Miwako Shirai, Sara Rosell Hayashi, Masahiro Yoshinaga: narrators).
Since 1992, eRikm, a Marseilles based artist, has extended the field of artistic experimentation on the international scene.
Maintaining a constant fusion between thought, instinct and sensitivity, he pursues a simultaneity of practices and addresses the interplay between various compositional modes, relating to and using all languages.
From his early experience as a guitarist through to his later visual work, he is a maverick genre-bender who breaks down anyone's attempts to conveniently classify him.
Quickly recognised as a virtuoso turntablist and sound artist (1996), eRikm has made a longlife habit of crossing all territories and “world-systems” deemed “independent”, “institutional”.
At the same time (1997), he has developed an open and aspirational approach toward the technological media, both as a means of development for a new economic model and as an instrument for creation, production and diffusion.
He deals with sounds like living organisms, constantly in flux, always open to the risk of accident or delight/unisson. As he plays with all these contradictions in his improvisations, his performance reaches new heights of intensity, trading off both understanding and sensation, seriousness and farce, anticipation and instinct.
His work references both the intimate and political, both popular and high culture, but without demonstration. Rather he creates a short-circuit connection between points with his live generated (and degenerated) material—from noise to reference – presenting multiple ways to capture each moment of the present in clear focus.
Throughout his career, collaborations have naturally occurred with his audiences and contemporaries, most notably : Luc Ferrari, Christian Marclay, Mathilde Monnier, Jerome Noetinger, FM Einheit... The kind of coincidences which have confirmed his instinctive search for transmutation, and to play on several levels.
Since 1997, on his own or with collaborators, eRikm has toured (with 5-7 on-tour projects to date), or created by request specific pieces, both transversal or for fixed spaces (record labels, radio, festivals, art centres...).
In the meanwhile, each time building on what has emerged before, the most personal fragments from his work (notably from his early artworks in photography, drawings, visual installations and video) continue to substantiate a singular kaleidoscopic vision.
Ultimately, eRikm's research resonates through all of his work, bordering scientific discovery and a poetic curiosity of the world.
order wishlist
Text by eRikm. 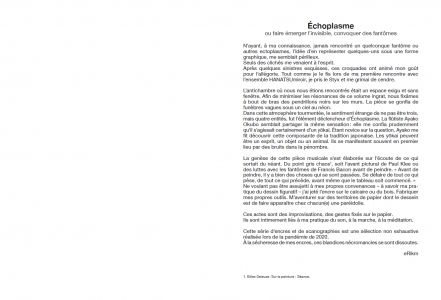 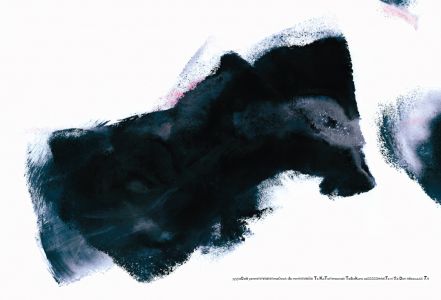 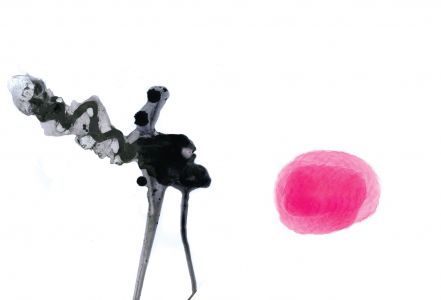 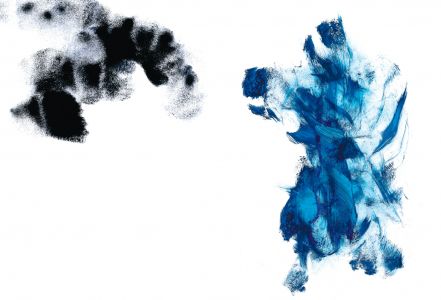 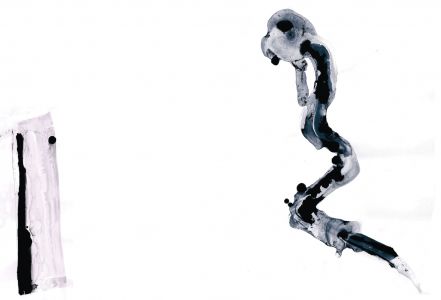 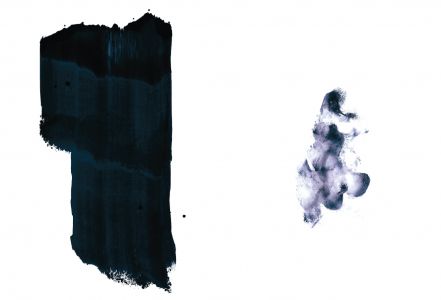 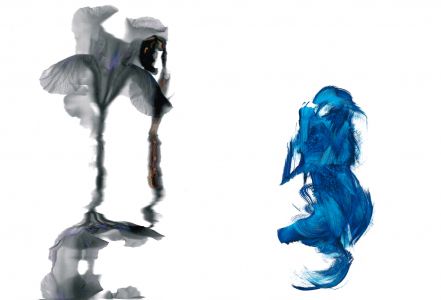 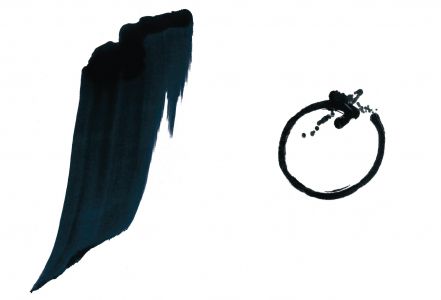 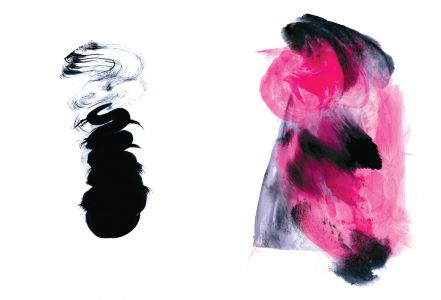 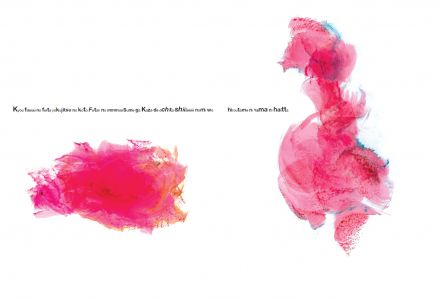 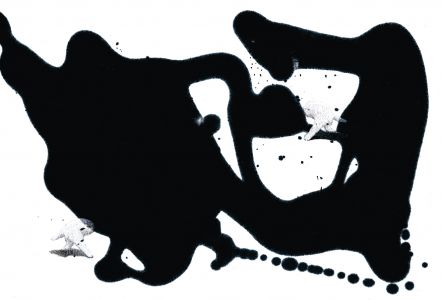 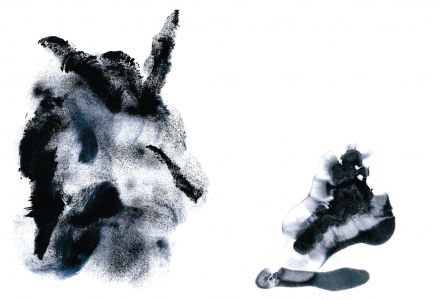 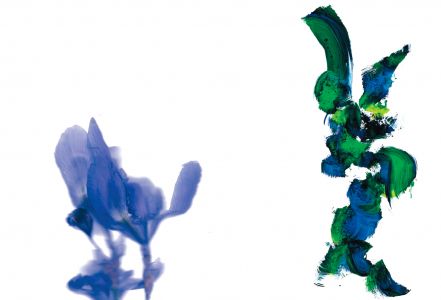 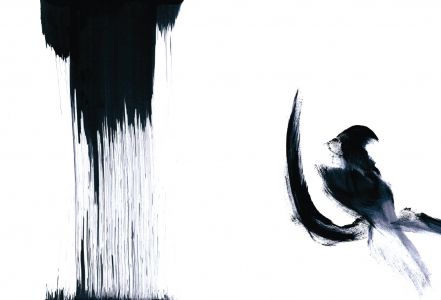 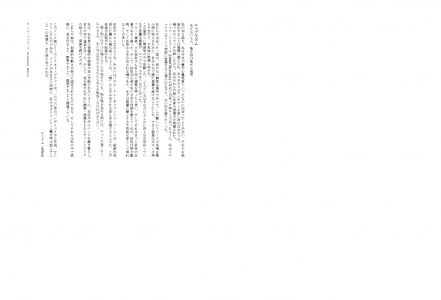 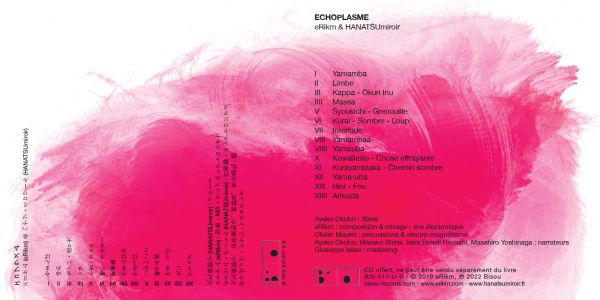