Dexter Sinister is the compound name of David Reinfurt and Stuart Bailey, collapsing together distinctions of editing, design, production and distribution into one efficient activity. 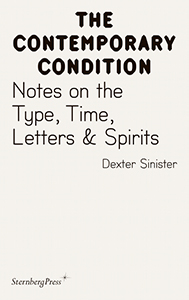 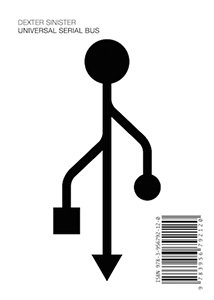 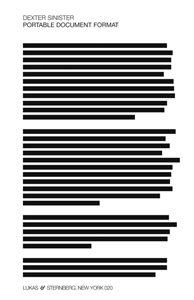 Portable Document Format
2009
English edition
Sternberg Press - Monographs and artists' books
(last copies available!)
An exploration of contemporary publishing in its broadest, most exploded sense (pieces of writings written since the conception of Dexter Sinister's New York basement workshop and bookstore in the summer of 2006 / reproductions of a series of lithographic proof prints).