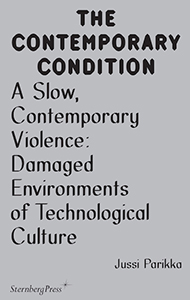 order
wishlist
Finnish media theorist discusses slow violence & environmental crisis through the prism of art, design, and technological practices.
The contemporary moment is comprised of many overlapping speeds, rhythms, and periods of time. A central theme of Jussi Parikka's book concerns slowness instead of acceleration: a different sort of a temporal horizon in order to understand some of the environmental temporalities that media and technological arts are involved in. This is approached through art and design practices that unfold this multiplicity of time, closely entwined with contemporary concerns in aesthetic theory, to understand and engage with the planetary time scales of slow environmental violence.
This book is the volume 3 of “The Contemporary Condition” series, edited by Geoff Cox and Jacob Lund and published with Aarhus University, and ARoS Art Museum (Denmark). The aim of the series is to question the formation of subjectivity and concept of temporality in the world now. It begins from the assumption that art, with its ability to investigate the present and make meaning from it, can lead to an understanding of wider developments within culture and society. Addressing a perceived gap in existing literature on the subject, the series focuses on three broad strands: the issue of temporality, the role of contemporary media and computational technologies, and how artistic practice makes epistemic claims.
Jussi Parikka is a media theorist, writer and Professor in Technological Culture & Aesthetics at Winchester School of Art (University of Southampton). Parikka has a PhD in Cultural History from the University of Turku, Finland and in addition, he is Docent of Digital Culture Theory at the University of Turku, Finland.
Parikka has published widely on digital culture, media theory and visual culture. His work on media archaeology has gathered a lot of positive international attention and awards. Parikka's books include (Koneoppi, in Finnish, on “cultural theory in the age of digital machines”) and his Digital Contagions: A Media Archaeology of Computer Viruses was published by Peter Lang (2007). Parikka's Insect Media (2010) won the 2012 Anne Friedberg award for Innovative Scholarship (Society for Cinema and Media Studies). The third part of the media ecology trilogy, A Geology of Media, came out in 2015 with University of Minnesota Press as well.
The co-edited collection The Spam Book: On Viruses, Porn, and Other Anomalies from the Dark Side of Digital Culture was published by Hampton Press (2009), and Media Archaeology came out with University of California Press ( 2011). The work on media archaeology was continued in Parikka's 2012 monograph What is Media Archaeology? In 2013 he edited collection of Wolfgang Ernst-writings, Digital Memory and the Archive. Parikka also wrote the short booklet, The Anthrobscene (2014).
Parikka's articles have been published in a range of leading journals including Theory, Culture & Society, Angelaki, CTheory, Leonardo, Parallax, Postmodern Culture, Media History, Game Studies and Fibreculture, as well as in several Finnish journals and books. In addition to English and Finnish, his texts have been published in Portuguese, Spanish, French, Polish, traditional Chinese, Catalan, German, Greek and Indonesian.
Parikka is a frequent speaker at international universities as well as media, arts and critical theory festivals, and he has delivered invited talks at various universities including in Berlin, Melbourne, Toronto, California, Istanbul, Barcelona, London, Oslo, Amsterdam and Helsinki. Parikka has delivered keynotes at several events including Canadian Communication Association Annual Conference (2012).
order wishlist
Edited by Geoff Cox and Jacob Lund. 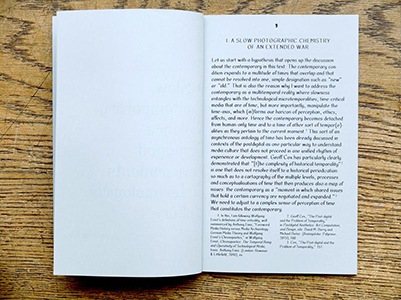 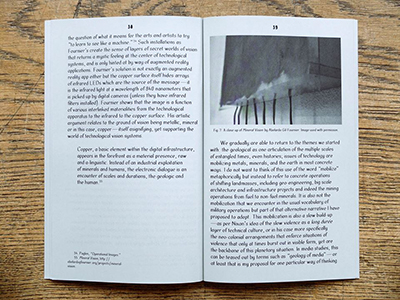 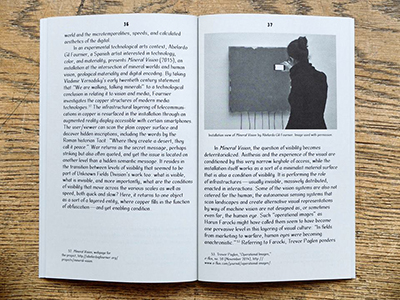