Paolo Gioli (born 1942 in Sarzano di Rovigo) undertook a complex research project revolving around the genesis of imagery and the functioning of visual processes in the 1960s. He made his first film in 1969, while in his study of photography, he began with the pinhole technique, then that of the photo-finish and Polaroid emulsion lifted onto various supports. Since 1974 he has taken part in key experimental cinema events as well as major international exhibitions such as the Venice Biennale. His works are to be found in the collections of many major European and US museums, including that of the Centre Pompidou in Paris, Art Institute Chicago, MoMA New York, Minneapolis Institute of Art, Istituto Nazionale per la Grafica in Rome and Museo di Fotografia Contemporanea Cinisello Balsamo (province of Milan). 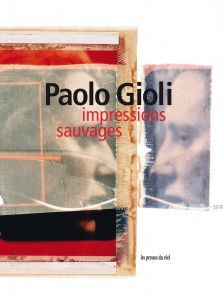 Impressions sauvages
2020
French edition
Les presses du réel – Contemporary art – Monographs
Retrospective monograph of the photographer and filmmaker Paolo Gioli, an active member of the Italian avant-garde of the 1970s: an overview of his work, with a dozen essays, an interview and the artist's writings. 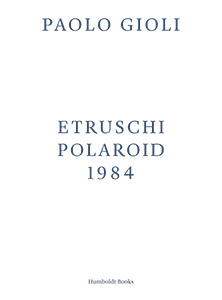 Etruschi Polaroid 1984
2018
bilingual edition (English / Italian)
Humboldt Books - Artist's Travels
This publication features an unpublished series of artworks by artist Paolo Gioli based on polaroid images of etruscan funerary sculptures set in the Italian city of Volterra. The volume is supplemented by a text on Volterra by novelist D. H. Lawrence, and an essay by historian of photography Roberta Valtorta.