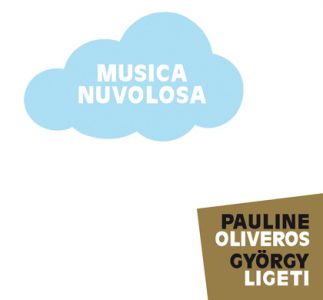 order
wishlist
Pauline Oliveros and György Ligeti revisited by Ensemble 0.
After its reading of Julius Eastman's Feminine, released in 2021, the Ensemble 0 revisit the repertoires of Pauline Oliveros and György Ligeti from another angle. From the works of Oliveros, they exhumed a deeply meditative piece for accordion and voice, giving it a new life in the form of vaporous, cloud-riding chamber music. With Ligeti, the piano radicalism of the Musica Ricercata miniatures crops up again in a new and as yet unreleased orchestration.
Ensemble 0, diricetd by Stéphane Garin and Sylvain Chauveau, is a variable geometry group created in 2004. It interprets the compositions of its members and pieces by other composers. The group works with many regular and invited collaborators, being able to change, increase or reduce its lineup at will according to each project. Ensemble 0 has now become one of the most significant ensembles of a new sound vision.
Pauline Oliveros (1932-2016) is a senior figure in contemporary American music. Her career spans fifty years of boundary dissolving music making. In the '50s she was part of a circle of iconoclastic composers, artists, poets gathered together in San Francisco. Recently awarded the John Cage award for 2012 from the Foundation of Contemporary Arts, Oliveros is Distinguished Research Professor of Music at Rensselaer Polytechnic Institute, Troy, NY, and Darius Milhaud Artist-in-Residence at Mills College. Oliveros has been as interested in finding new sounds as in finding new uses for old ones—her primary instrument is the accordion, an unexpected visitor perhaps to musical cutting edge, but one which she approaches in much the same way that a Zen musician might approach the Japanese shakuhachi. Pauline Oliveros' life as a composer, performer and humanitarian is about opening her own and others' sensibilities to the universe and facets of sounds. Since the 1960's she has influenced American music profoundly through her work with improvisation, meditation, electronic music, myth and ritual. Pauline Oliveros is the founder of “Deep Listening,” which comes from her childhood fascination with sounds and from her works in concert music with composition, improvisation and electro-acoustics. Pauline Oliveros described Deep Listening as a way of listening in every possible way to everything possible to hear no matter what you are doing. Such intense listening includes the sounds of daily life, of nature, of one's own thoughts as well as musical sounds. “Deep Listening is my life practice,” she explained, simply. Oliveros is founder of Deep Listening Institute, formerly Pauline Oliveros Foundation.
György Ligeti (1923-2006) was a Hungarian-Austrian composer of contemporary classical music. He has been described as "one of the most important avant-garde composers in the latter half of the twentieth century" and "one of the most innovative and influential among progressive figures of his time".
order wishlist
published in April 2022
14.00 €
EAN : 5411867115281
in stock 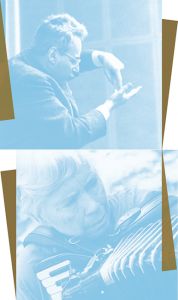