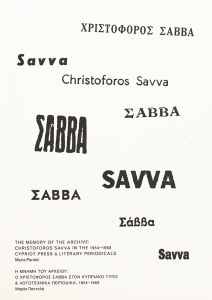 order
A compilation of press archives related to Cypriot artist Christoforos Savva, selected in the Cypriot press and literary periodicals between 1954 and 1968.
"This book shines the spotlight on humble press cuttings – bits and pieces, scraps and relics – with the conviction that they do indeed matter. It presents my 'own' archive of life-story information about the Cypriot artist Christoforos Savva (1924–1968), consisting of more than two hundred articles, commentaries, reports, or even advertisements that appeared in the mainstream Cypriot press and literary periodicals between 1954 and 1968 and relate to the artist. The press cuttings themselves were archived – found, compiled, classified, and filed – and their contents were examined in the course of the archival research that I conducted for my doctoral thesis in sociology. Following my examination of the collection of newspapers and periodicals at the archive of the Republic of Cyprus Press and Information Office in 2007–08, I thought that the archival research phase of my relationship with Christoforos Savva was over. For several years, this body of unique material in its physical paper format – the 'stuff' of history – sat undisturbed and protected in my office. My archive – in a digital format – was, nevertheless, first made publicly available to the limited audience of my unpublished doctoral thesis in 2011. Hence, I allowed the authentic record, be it in the form of paper or theinformation and knowledge contained in paper, to be rescued and preserved. Published on the occasion of the exhibition 'Untimely on Time: Christoforos Savva' (1924–1968), this book proves that it was not the fate of these salient records (or the artist's life and actions evidenced in them) to remain hidden, exclusive and silent, as chance or destiny decided their future differently."—Maria Panteli
Published following the exhibition "Untimely on Time: Christoforos Savva (1924–1968)" at the State Gallery of Contemporary Art – SPEL, Nocosia, Cyprus, from January 31 to March 31, 2019.
Christoforos Savva (1924-1968) is widely acknowledged as one of the most groundbreaking Cypriot artists of the 20th Century. Having spent a great deal of the '50s in Paris and London, Savva settled back in Nicosia in 1960 and in a relatively short period of time produced an impressive and highly diverse body of works, ranging from paintings to sculptures, experimentations with wire, cement, and leftovers from fabrics—apart from forays in the field of furniture design and architectural interventions. The coexistence of styles and the wide range of themes and references that appear in Savva's work seem to suggest that strictly formal questions were not his main concern. It could be said that the core of his practice constantly shifted toward a place that was beyond both the form and the content of any individual work. Taking his activity as a whole, there is a sense that this "beyondness" encapsulates his role in Cypriot society and in the local artistic system that was being organised at the time. In 1960, Savva founded, together with Welsh artist Glyn Hughes, Apophasis [Decision], the first independent cultural center of the newly established Republic of Cyprus. In 1968, Savva was among the artists representing Cyprus in its inaugural Pavilion at the 34th Venice Biennale.
order
Edited by Maria Panteli.

Published with the Cyprus Ministry of Education and Culture. 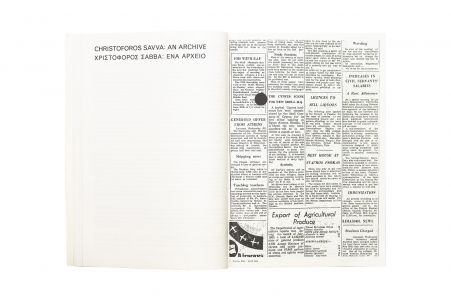 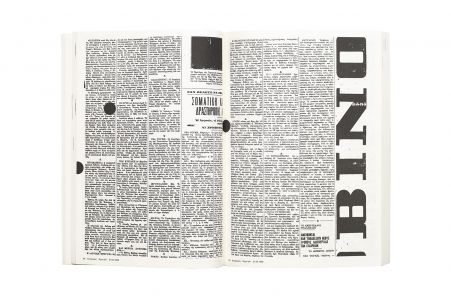 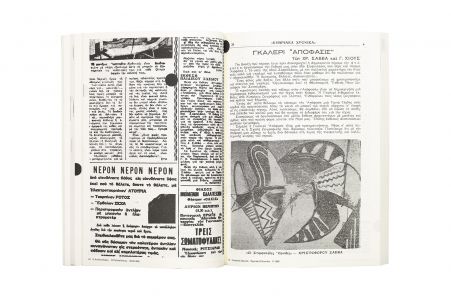 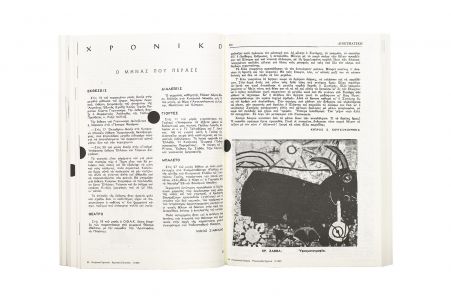 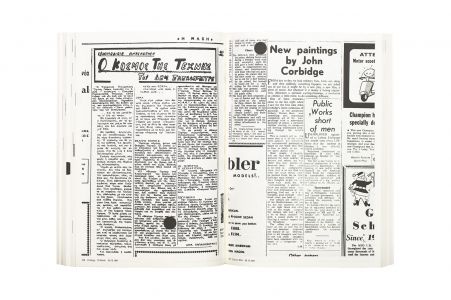 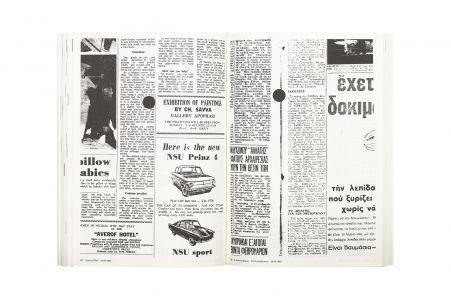 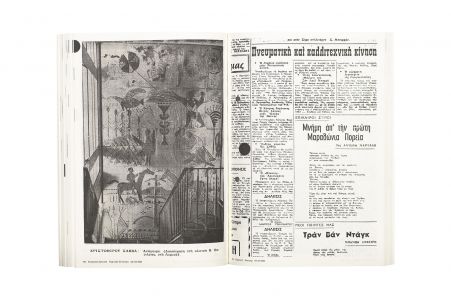 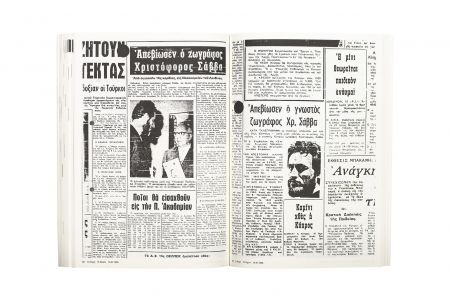