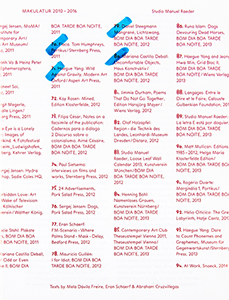 order
wishlist
A collection of misprinted sheets originating from books designed by graphic designer Manuel Raeder: a “behind the scene” project, which documents the early stage of book production and its conventions.
Makulatur, a German word that derives from lat. maculatura “something stained”, refers to misprinted paper that is discarded at the beginning of the printing process as use- and worthless. In 2010, the graphic designer Manuel Raeder started to collect and preserve misprinted sheets of all the publications he designed not only for his own publishing house Bom Dia Boa Tarde Boa Noite but also for fellow artists and institutions.
This waste paper that shows all difficulties arising in the early stage of production—trails, testy or stains—he combined to a new volume as a compilation of maculae “stains”. Thus, he dissolved the spoiled material from the realm of invisibility and displays it to the public whereby he reveals and reflects on the conventions of a book.
Graphic designer Manuel Raeder lives and works in Berlin. He studied at the London College of Printing and has completed a post-graduate at the Jan van Eyck Akademie in Maastricht. His main focus lies in close collaborations with artists, designers, curators, theorists and musicians. His work has a wide range of formats from exhibitions, publications, type design to furniture design. Manuel Raeder has held workshops in various instituions (Ecole nationale supérieure des Arts Décoratifs, Paris, Hochschule für bildende Künste, Hamburg...).
Manuel Raeder is the co-founder of Bom Dia Boa Tarde Boa Noite, a publishing house specialized in high quality artists' books.
order wishlist
Texts by Abraham Cruzvillegas, Eran Schaerf, Mela Dàvila Freire, Manuel Raeder. 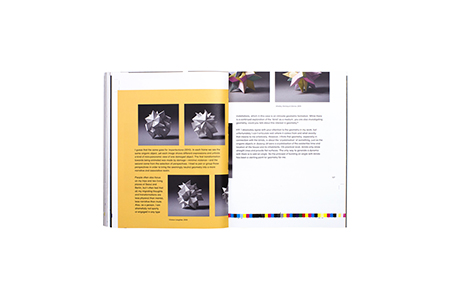 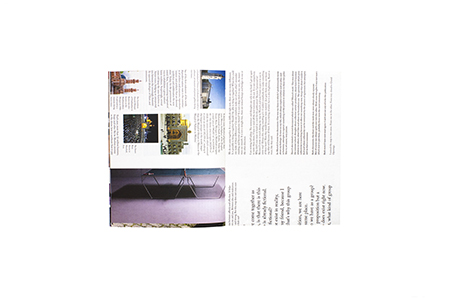 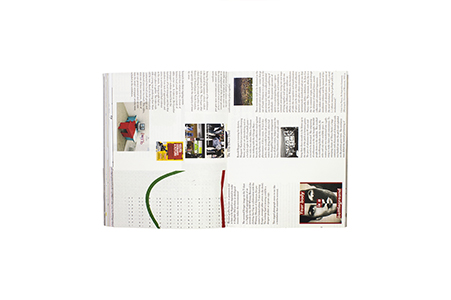 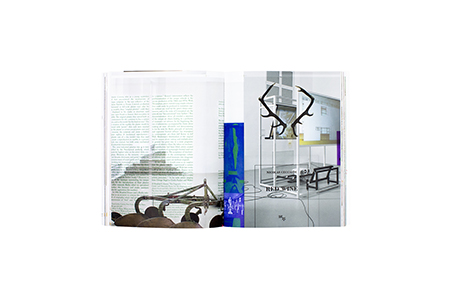 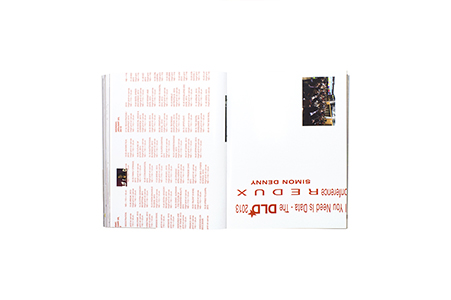 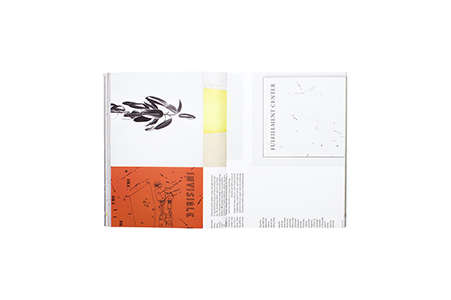 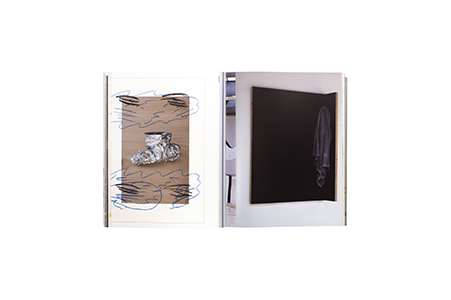 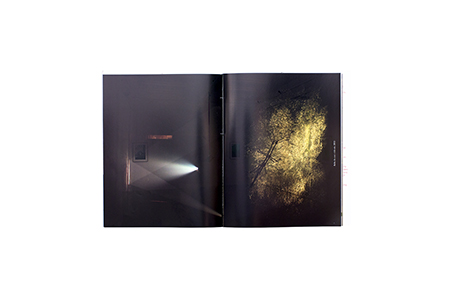 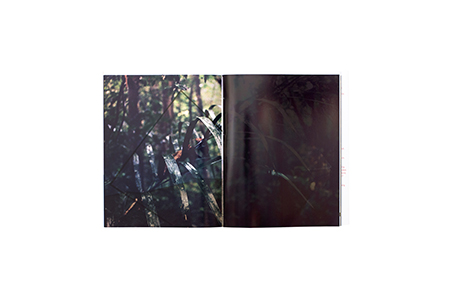 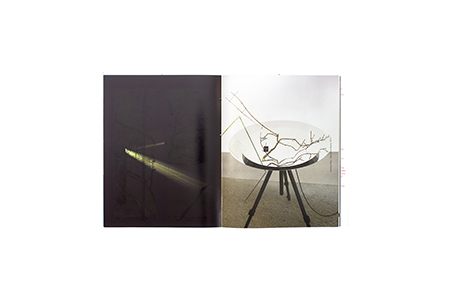 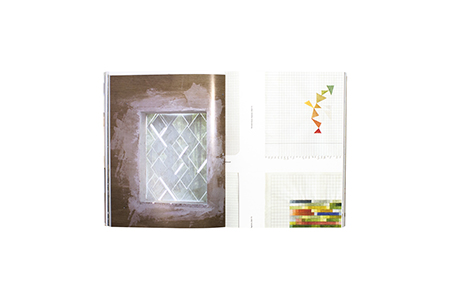