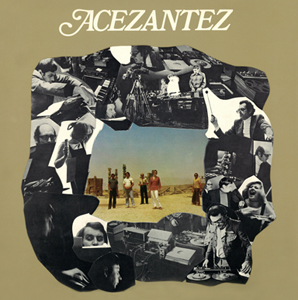 “Here are supposedly stylistic affinities between early Nurse With Wound and Detoni's music.”
The Sound Projector 8

This Detoni (born February 22, 1937) release was the first since his LP on the Phillips Prospective series, which in the '70s was the most credible house for innovative compositional names such as Xenakis and Pierre Henry, who opened the doors to such avant-garde musical invention. Where atonality is to the fore in much avant-garde music, Detoni's sense of abrasion is met with bouts of melodic intervention. Elsewhere, heavy industrial sounds are used as percussive texture; mixed with forceful electronics and dramatic instrumental passages, they create a complex and textured series of compositions.
Acezantez is a Croatian musical ensemble founded by experimental composer and instrumentalist Dubravko Detoni.
order
published in October 2018
black vinyl
16.50 €
in stock