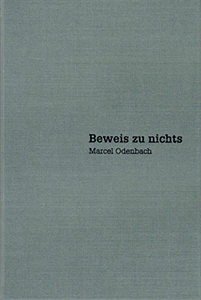 order
wishlist
Departing from his eponymous exhibition at Kunsthalle Wien, this catalogue examines new works by acclaimed video and visual artist Marcel Odenbach. The series gathered in the publication reflect on the persistence of the victim-perpetrator structure within post-war society, in Germany or Africa.
Marcel Odenbach is widely known as a pioneering video artist—however, the connections between his video works and his ongoing works on paper call for due recognition. Many of his works reflect the lasting impact of National Socialism up to the present day, all the while bestowing a universal perspective on what is usually constituted as a specifically German concern. Reflections on the familiar and the foreign, elements of his own biography, the interplay between subjective remembrance and collective memory—all of these are crucial themes in his work, which make their claim on the aesthetic as well as the political level.
Departing from his eponymous exhibition at Kunsthalle Wien, this publication examines new works by Odenbach and contextualizes them within a broader context. Named after an early poem by Ingeborg Bachmann, the exhibition reflected the atmosphere of the postwar period that dominates Bachmann's poetry, which itself is shaped as much by the search for authenticity and truthfulness as it is by the traumatic memory of the past. The exhibited works developed a series of interconnected motifs linking memorial remembrance of the atrocities committed during the Nazi period to individual memories. The complex history of the African continent was likewise presented through film as well as collages that created multilayered vectors pointing as much from the past toward the present as vice versa.
Published following the eponymous exhibition at Kunsthalle Wien from February 5 to May 1st, 2017.
Born in 1953, Marcel Odenbach lives and works in Köln. Since the mid-1970s, he has produced an extensive body of tapes, performances, drawings and installations, and has gained international recognition as one of Germany's most important artists working in video. His works engage in a provocative discourse on the construction of the “self” in relation to historical and cultural representation. Using excerpts from films and newsreels, along with his own footage, the artist explores the ways images of the past shape our perception of the present.
order wishlist
Texts by Jörg Heiser, Maria Muhle, Vanessa Joan Müller, Nicolaus Schafhausen.