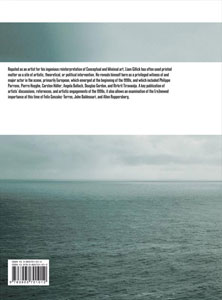 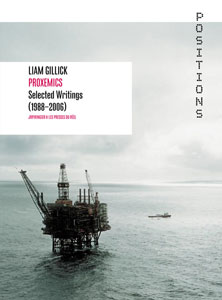 order
wishlist
The publication reunites a selection of critical writings for the most part printed in magazines or exhibition catalogues. Reputed as an artist for his ingenious reinterpretation of Conceptual and Minimal art, Liam Gillick has often used print as a site of artistic, theoretical, or political intervention.
He reveals himself here as a privileged witness of and major actor in the scene, primarily European, which emerged at the beginning of the 1990s, and which includes Philippe Parreno, Pierre Huyghe, Carsten Höller, Angela Bulloch, Douglas Gordon, and Rirkrit Tiravanija. A key publication of artists' discussions, references, and artistic engagements of the 1990s, it also allows an examination of the (re)newed importance at this time of Felix Gonzalez-Torres, John Baldessari, Lawrence Weiner or Allen Ruppersberg.
After having studied at Goldsmiths College in London, Liam Gillick appeared on the English scene at the beginning of the 1990s, right in the middle of the YBA phenomenon. He has been noticed for his post-Conceptual practice, and his critical and curatorial engagement.
Winner in 1998 of the Paul Cassirer Kunstpreis in Berlin, and nominated in 2002 for the Turner Prize, his work has been widely presented in large exhibitions over the last ten years (Documenta, Venice Biennale, Manifesta, etc.). Respected for the rigor of the thinking developed in his work and writings, Liam Gillick's sculptures, installations, and textual pieces are also informed by a sharp visual sense of structural and formal material properties of the vocabulary he uses.
order wishlist
Edited by Lionel Bovier. 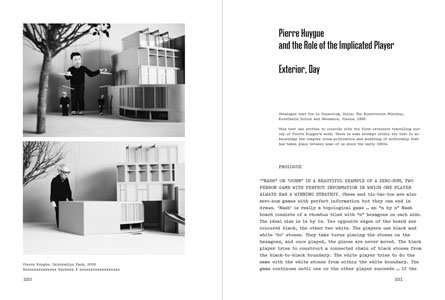 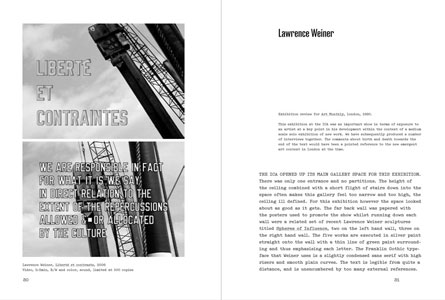 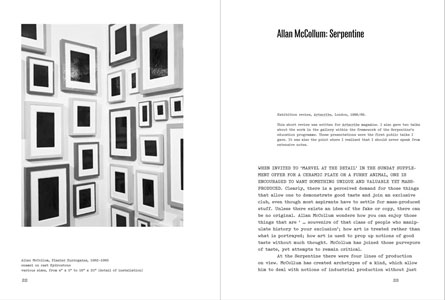