Allen Ruppersberg (born 1944 in Cleveland, Ohio) came of age as an artist in the late 1960s in Los Angeles, where he was part of the burgeoning Conceptual movement of that time and place. The artists with whom he allied himself most closely in those early years were Bas Jan Ader and Ger Val Elk, both Dutch, but living in the area at that time, as well as William Leavitt, Allan McColllum, and William Wegman. Like these artists and other Los Angeles Conceptual pioneers such as Ed Ruscha and John Baldessari, Ruppersberg used photographs he made or found in combination with text and narrative strategies to investigate such issues as the role of the artist, the relationship between nature and culture, text and image, and fiction and fact. 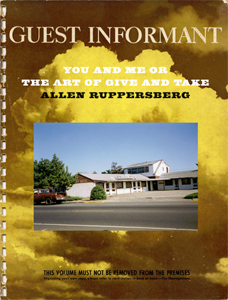 You and Me or the Art of Give and Take
2009
English edition
JRP|Editions - Artists' books & editions
sold out
Limited print run artist's book. 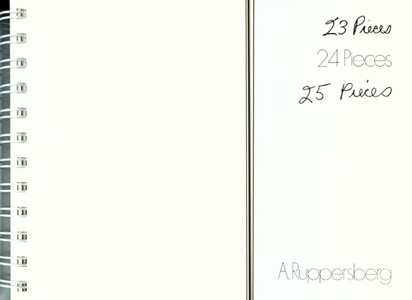 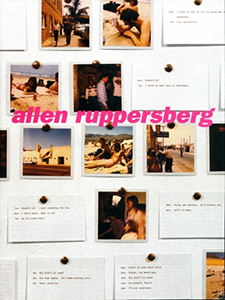 Where's Al?
1996
bilingual edition (English / French)
Le Magasin
sold out
First retrospective catalogue: includes a chronology of the artist's works from 1967 to 1996, a bibliography, and texts by Yves Aupetitallot, Catherine Quéloz, Dan Cameron, and Ruppersberg himself.