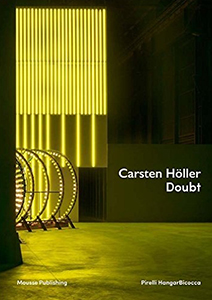 Doubt
2017
bilingual edition (English / Italian)
Mousse - Mousse Publishing (books)
Belgian artist Carsten Höller has risen to the fore of the international scene with a practice that revolves around the search for new ways of inhabiting our world. This catalogue features 20 large-scale works––installations, videos, and photographs that play with optics and space. 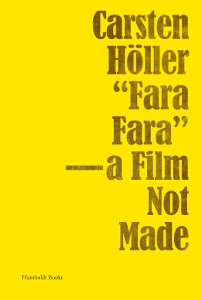 “Fara Fara” – A Film Not Made
2015
bilingual edition (English / French)
Humboldt Books - Artist's Travels
A photographic account of Carsten Höller's journeys to the Democratic Republic of the Congo for the purpose of a film about Fara Fara music. 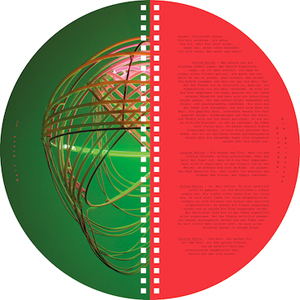 Leben
2015
bilingual edition (English / German)
Sternberg Press - Monographs and artists' books
currently out of stock
A catalogue / artist's book as puzzling and conceptually elaborate as the exhibition it accompanies. 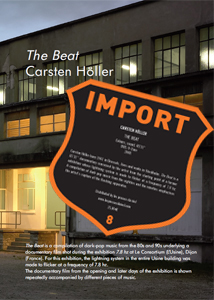 The Beat (DVD)
2008
Les presses du réel – Contemporary art – Artists' books & editions
mfc-michèle didier - Import
sold out
A documentary conceived by the artist from the starting point of a former exhibition whose lightning system is made to flicker at a frequency of 7.8 hz. A compilation of dark-pop music from the eighties and the nineties emphazises the artist's capture of the flashing apparatus.