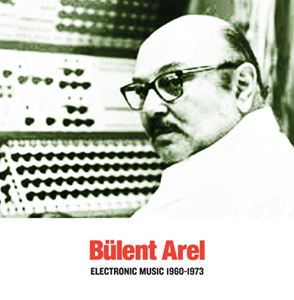 order
Providing a selection of tracks produced during Arel's American years, this compilation puts to the fore a work which occupies a special place in the history of electronic music because of its groundbreaking role and everlasting freshness.
Also available on vinyl.
Bülent Arel (1919-1990) was a Turkish-born American composer of electronic and contemporary classical music. He was also a devoted teacher, a sculptor, and a painter. From 1940 until 1947 Arel studied composition, piano, and 20th century classical music at the Ankara Conservatory. In 1959 Arel came to the U.S. on a grant by the Rockefeller Foundation to work at the Columbia-Princeton Electronic Music Center. By that time the center had just started out under its director Vladimir Ussachevsky. During Arel's work in Princeton he also met Edgard Varèse with whom in 1962 he worked on the electronic sections of Varèse's Déserts. Frank Zappa lists Arel as a key influence. Today's electronic music—may it be by Autechre's Confield, Aphex Twin's Selected Ambient Works Vol. II, or Squarepusher's Do you know Squarepusher—builds upon a solid foundation which Bülent Arel helped to pave.
order
published in April 2017
CD digipack
6 tracks (8'43 / 10'45 / 13'10 / 12'34 / 14'24 / 16'38)
15.00 €
in stock