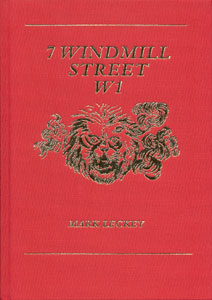 wishlist
A journey into British youth culture.
This book is the first to be dedicated to Mark Leckey's work. Conceived as a source book of his working methods and fields of interest, it has been edited by the artist and features images of his main productions, as well as a wealth of other visual materials he has gathered through the years. In addition to original contributions, it includes reprints of texts from Michel Leiris and the 19th century-writer Walter Pater, as well as song lyrics. Designed by NORM in close collaboration with the artist, this printed project takes the shape of a hardbound drawing book, accentuating the idea of a point of departure rather than arrival.
Published on the occasion of Leckey's solo exhibition at the Museum für Gegenwartskunst Migros, Zurich, in 2003.
Born in 1964, Mark Leckey lives and works in London. His best-known video, Fiorucci Made Me Hardcore (1999), is a 15-minute journey into urban British youth culture from the mid 1970s to the early 1990s. Leckey's presentation of twenty years of dance hall material does not, however, result in a documentary work: the video is rather a visual essay with hedonistic promises of club culture, the birth of funky chic, and the cultural shift of the rise of Acid House. Active in music production through donAtella, a glam-trash duo formed by the artist and Ed Liq, Leckey also makes live performances, CDs, and sound installations. Plunged into the lowbrow of culture, Leckey is one of the most perceptive cultural readers of Western societies.
wishlist
Edited by Mark Leckey and Heike Munder.
Texts by Mark Leckey, Neil Mulholland, Heike Munder.