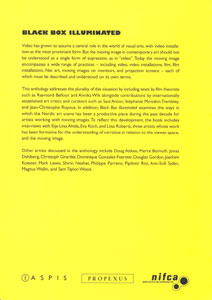 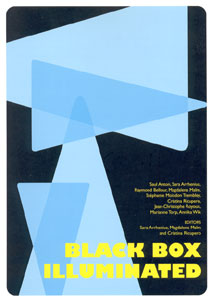 This anthology addresses this plurality by including texts by film theorists such as Raymond Bellour and Annika Wik, alongside contributions by internationally established art critics and curators such as Saul Anton, Stéphanie Moisdon and Jean-Christophe Royoux. In addition, Black Box Illuminated examines the ways in which the Nordic art scene has been a productive place during the past decade for artists working with moving images. The publication includes interviews with Eija-Liisa Ahtila, Eva Koch, and Liisa Roberts, three artists whose work has been formative for the understanding of narrative in relation to the viewer, space, and the moving image.