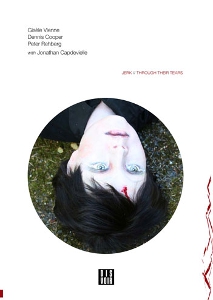 wishlist
A collaborative artist's book and audio recording which translates a previous collaborative theater work into a violent multimedia disquisition on puppetry, serial killing and homoeroticism. The play and book are based on the Texan serial killer Dean Corll.
Also available in English edition.
Gisèle Vienne (born 1976 in Charleville-Mézières, France, lives and works in Paris) is a franco-austrian choreographer, director and visual artist. After graduating in Philosophy, she studied at the puppeteering school Ecole Supérieure Nationale des Arts de la Marionnette. She works regularly with, among other, the writer Dennis Cooper, the musicians Peter Rehberg and Stephen O'Malley, and the light designer Patrick Riou. She directs numerous performances with her company founded in 1999. Since 2005, she has been frequently exhibiting her photographs and installations.
Dennis Cooper (born 1953 in Pasadena, California, lives and works in Los Angeles and Paris) is widely published novelist, poet, and critic. In the United States, his books are published by Harper Perrenial and Grove Press, and in France they are published by Editions P.O.L.
Peter Rehberg (1968-2021) was an author and performer of electronic audio works. He also ran the Editions Mego label since 2006, and was co-director of the original Mego label since 1995.
wishlist
In collaboration with Jonathan Capdevielle.
published in March 2011
French edition
16,5 x 21,5 cm (softcover)
64 pages (100 color ill.)
29.00 €
ISBN : 978-2-914563-62-8
EAN : 9782914563628
currently out of stock